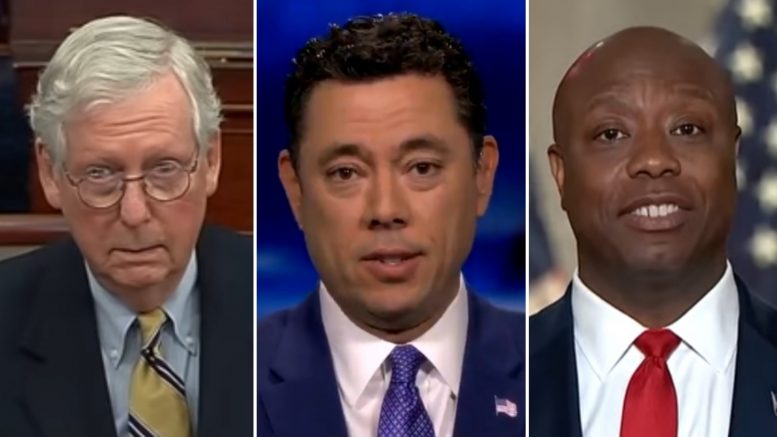 Related Article: Sen. Scott To Durbin, Reid & Other Dems: “What Happened To The Party Of Inclusion & Diversity When It Comes To Conservatives Who Happen To Be Black?”

“Personally, I think that Mitch McConnell should step down as the minority leader, and they oughta put Tim Scott there, and he will show that tonight,” Chaffetz told Fox News host Harris Faulkner.

“Because if you want to draw a contrast between Chuck Schumer, Nancy Pelosi and Joe Biden, there is no other person to do that on a daily basis than Senator Tim Scott,” Chaffetz declared. “He lives it, he breathes it, he believes it in his backbone, and he has solutions — like opportunity zones. And he is the true leader of the Republican Party right now, in my opinion.”