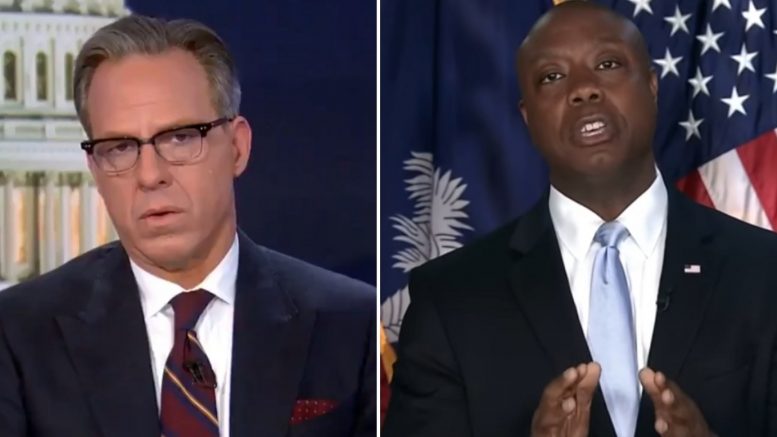 “You heard their an inspiring and hopeful and at times even religious message from the man perceived to be a rising star in his party,” Tapper said. See Below

Related Article: Jason Chaffetz: “McConnell Should Step Down As The Minority Leader & They Oughta Put In Tim Scott There”