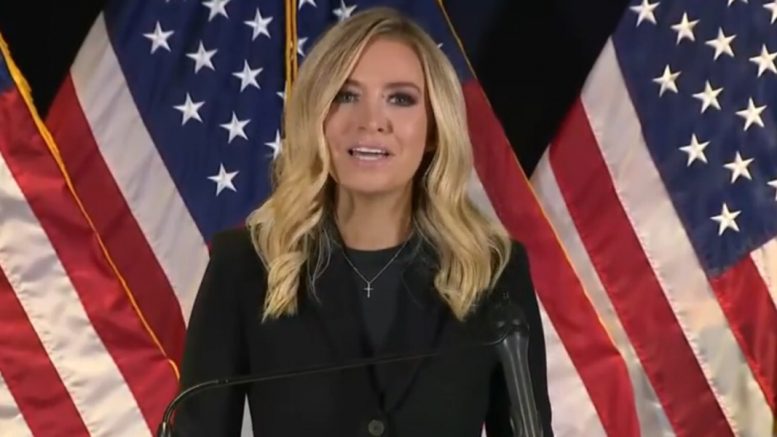 White House Press Secretary Kayleigh McEnany answered the call from critics to “show evidence” of election fraud that’s been alleged in the aftermath of the 2020 election. While appearing on Tuesday’s airing of Hannity, Kayleigh held up 234 pages of sworn affidavits coming from people all around the country, where they describe their eye-witness account to potential fraud-related activities that were allegedly encountered during the election process.

On Wednesday, McEnany provided un update with details of eyewitness’ accounts of alleged fraud found within the sworn affidavits, in a series of tweets.

In a series of six tweets, Kayleigh McEnany wrote:

➡️ EYEWITNESSES say Jan 1, 1900 was recorded in poll book as DOB for many not in book so they could count ballots

(4/6) ➡️ PASSENGERS dropped off more ballots than people in car

The Commander in Chief also tweeted on Wednesday, a video of men collecting ballots: