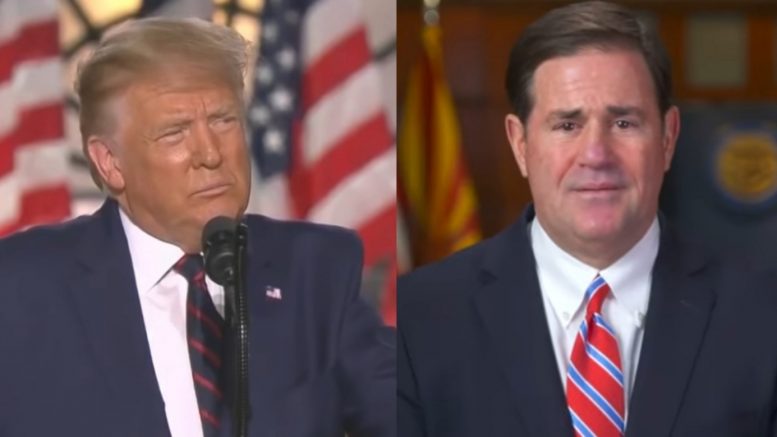 45th President Donald Trump is calling on Arizona Governor Doug Ducey to immediately provide security for the folks who are conducting a thorough audit of Maricopa County’s election results.

An independent auditing firm that was hired by the Arizona Senate is in the process of hand counting and forensically auditing over 2.1 million ballots cast in the county during the 2020 presidential contest, a process that Democrats are actively trying to prevent from happening.

“The Republican Party is demanding that Governor Ducey of Arizona immediately provide large-scale security for the brave American Patriots doing the Forensic Audit of the 2020 Presidential Election,” Trump wrote in an email. “Governor Ducey will be held fully responsible for the safety of those involved. State police or National Guard must be immediately sent out for protection.”

“The Democrats do not want to have this information revealed, and they will do anything to stop it,” he added. “Governor Ducey must finally act!” 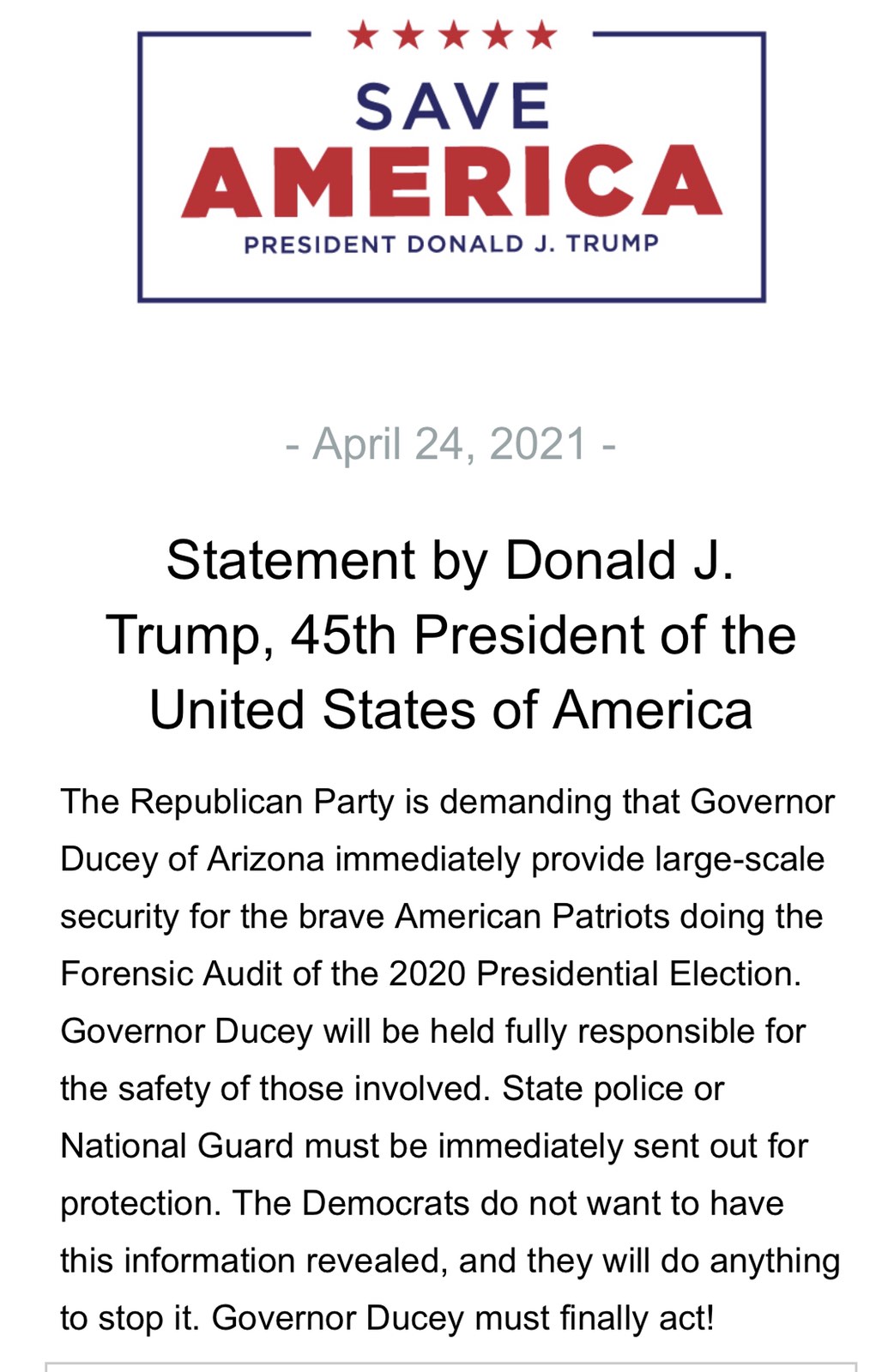 The statement from Trump came hours after Arizona Democrats were unsuccessful in their attempt to halt the audit.

The audit resumed, however, after Democrats declined to put up a $1 million bond that the judge requested to cover any expenses that the Senate wrongfully incurs due to the halt, AZ Mirror reported.

Just last week, General Michael Flynn warned that Black Lives Matter and Antifa could target the venue where votes are being recounted. Video Below

Lara Trump Exhibits Interest When Asked If She Will Run For NC’s Senate Seat: “It Would Be Something Incredible”