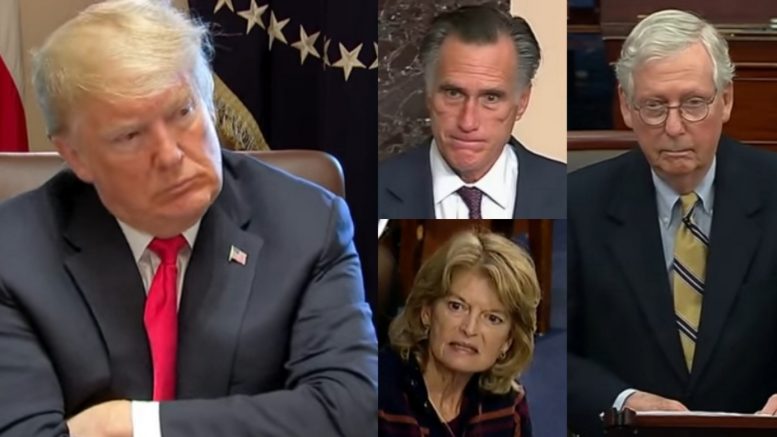 The former President further warned Republicans that they are “being played” by Democrats and demanded that they stop negotiations all together.

“Very important that Senate Republicans not allow our hard-earned tax reductions to be terminated or amended in an upward trajectory in any way, shape, or form,” Trump wrote in an email sent out to his supporters on Friday. “They should not be making deals on increasing taxes for the fake infrastructure proposals being put forward by Democrats, almost all of which goes to the ridiculous Green New Deal Marxist agenda. Keep the Trump Administrations tax cuts just where they are. Do not allow tax increases. Thinking about it, I have never seen anything so easy to win politically.”

“Also, RINO Republicans should stop negotiating the infrastructure deal—you are just being played by the Radical Left Democrats—they will give you nothing!” he added. 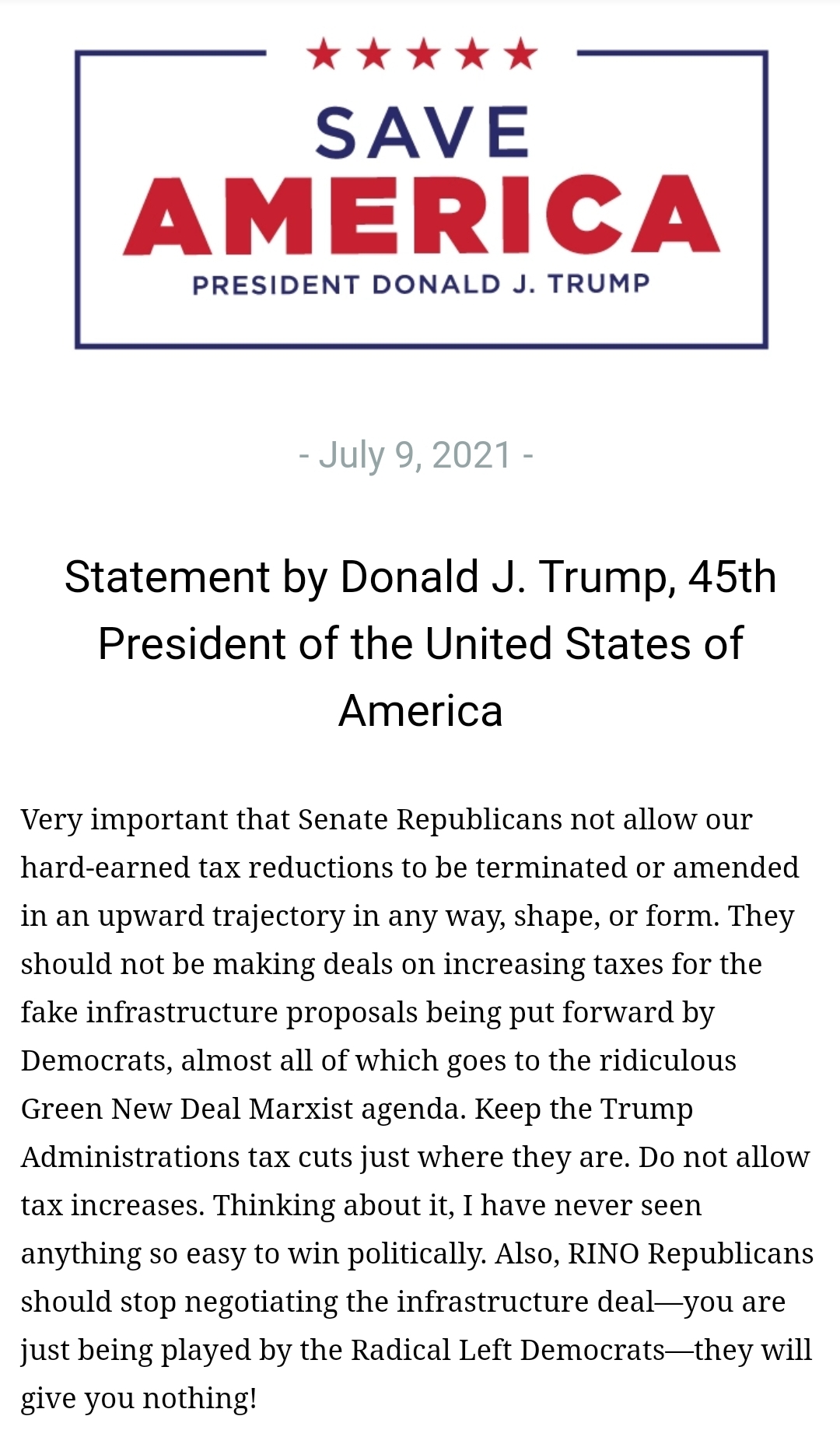