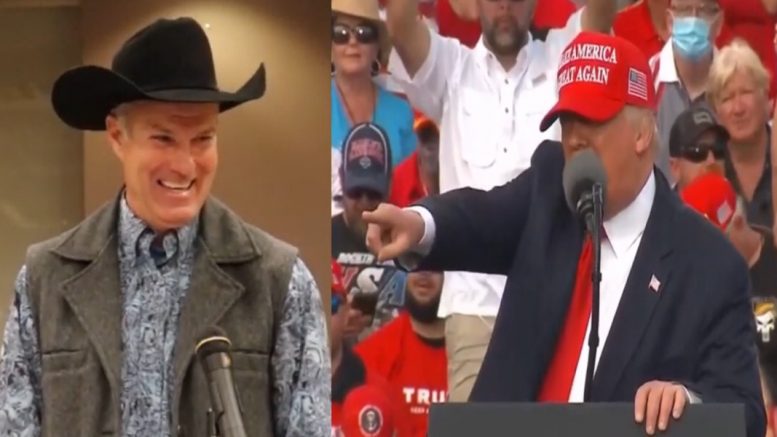 Former President Donald Trump issued a statement via email from his Save America PAC Thursday, announcing his “complete and total endorsement” for Frank Eathorne’s re-election as GOP Chairman of Wyoming.

In his email statement on Thursday, the 45 President said of Frank Eathorne:

Frank Eathorne continues to fight for our America First Policies as GOP Chairman of the Great State of Wyoming. He is highly respected by everyone, fighting for your Second Amendment and continually growing the Republican Party.

Perhaps, most importantly, Frank has Censured the incompetent Liz Cheney, who couldn’t care less about our brave soldiers overseas, and who is willing to fight ridiculous, endless wars instead of preparing for the Big Time enemies that may someday soon face our Country.

Frank has my Complete and Total Endorsement for his re-election. He will never let you down! Continued Below

Only eight of the 74-member state GOP’s central committee stood to oppose censure in a vote that didn’t proceed to a formal count. The censure document accused Cheney of voting to impeach even though the U.S. House didn’t offer Trump “formal hearing or due process”, AP reported.

Frank Eathorne was one of the Republicans in the state to lead the charge to formally censure Cheney after her impeachment vote. She is the third-highest ranking Republican House member, The Hill reported. Continued Below 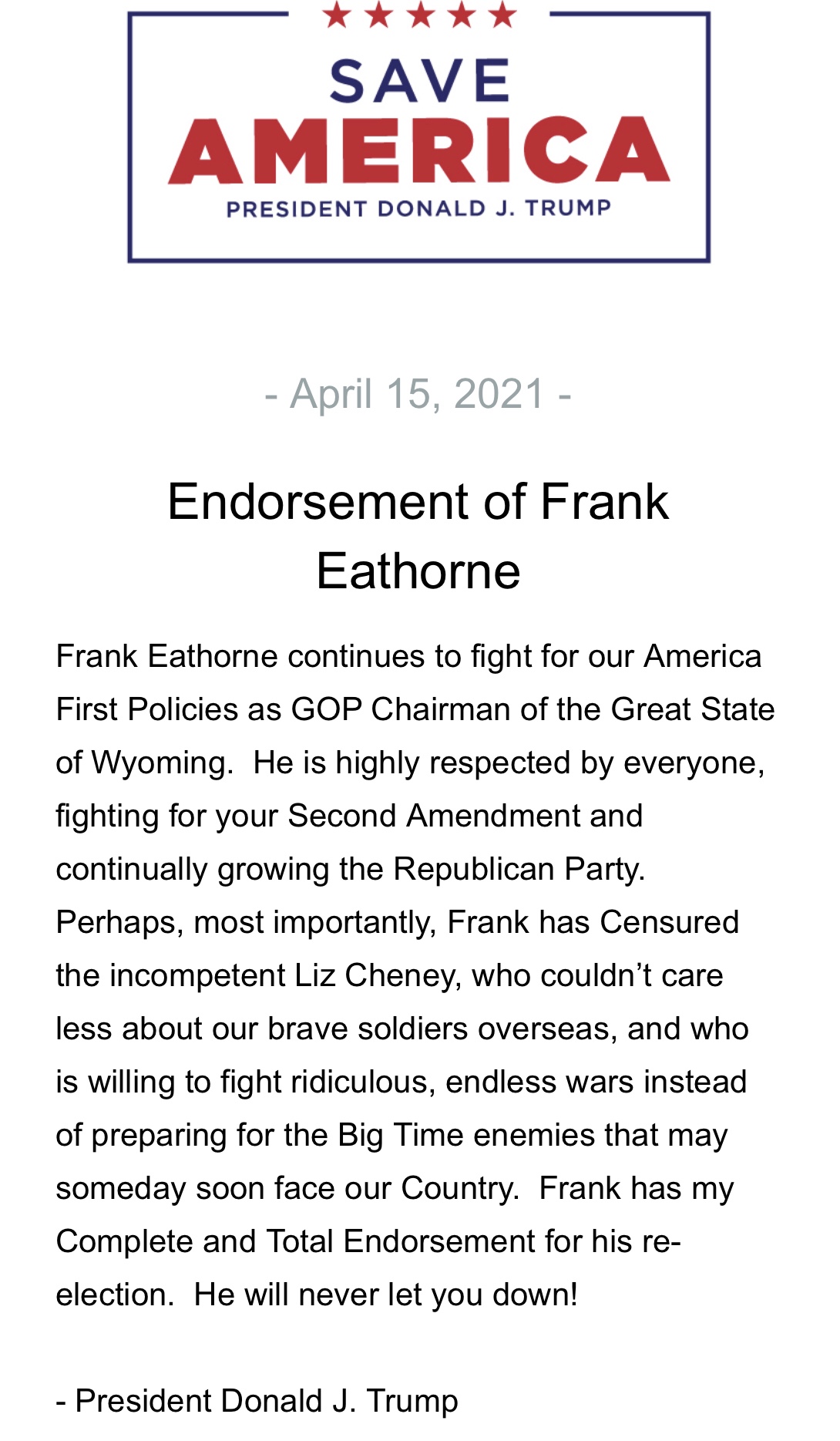 (Related: Trump Responds As Murkowski Says She Is ‘Still Weighing Whether To Run Again’: “Great News For The Republican Party!”)