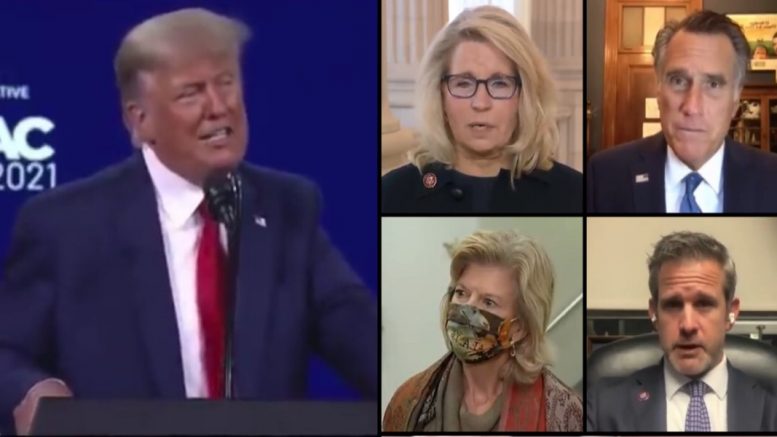 The 45th President on Tuesday doubled down against RINOs in the Republican Party in his latest statement via email– by energizing his supporters and expressing, “We will WIN BIG!”

Former President Donald Trump on Monday sent out a similar message Monday evening, urging supporters not to give any money to RINOS (Republicans In Name Only).

I fully support the Republican Party and important GOP Committees, but I do not support RINOs and fools, and it is not their right to use my likeness or image to raise funds.

So much money is being raised and completely wasted by people that do not have the GOP’s best interests in mind.

If you donate to our Save America PAC at DonaldJTrump.com, you are helping the America First movement and doing it right. We will WIN, and we will WIN BIG! Our Country is being destroyed by the Democrats! Continued Below

On Monday, the president sent out a related email which read, “No more money for RINOS. They do nothing but hurt the Republican Party and our great voting base—they will never lead us to Greatness. Send your donation to Save America PAC at DonaldJTrump.com. We will bring it all back stronger than ever before!”

The former President’s email comes just weeks after a combined 17 Republicans in both the House and Senate voted in favor of the second Democrat-led impeach effort against him.

Trump has since been been on a mission against GOP lawmakers and figureheads who seek undermine his continued influence on the Republican Party, while endorsing others who have been supportive of his agenda. Continued Below 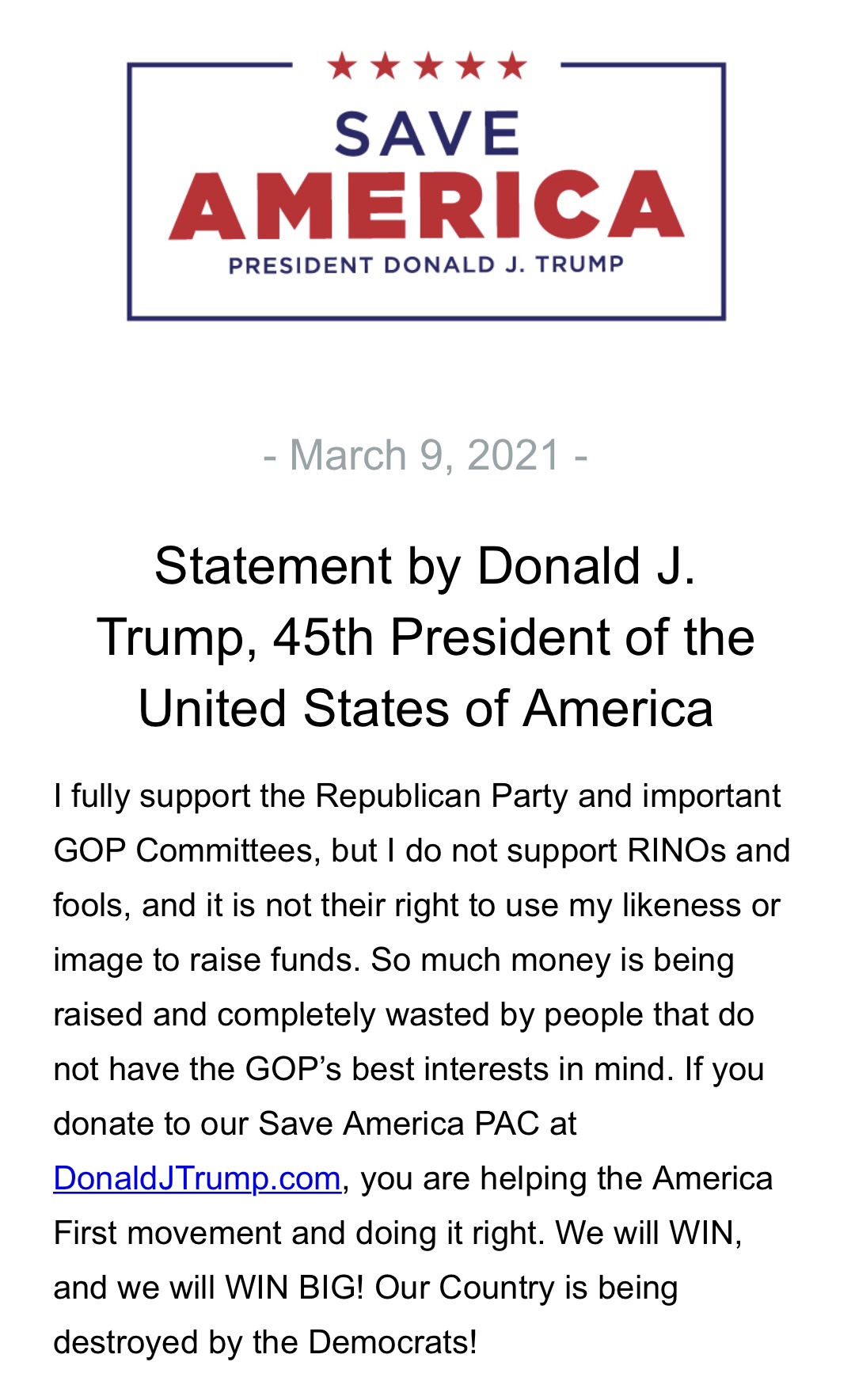 During his CPAC speech at the beginning of the month, Trump named all of the Republicans in the House and Senate who voted to impeach him in the second impeachment trial, which he was ultimately acquitted.