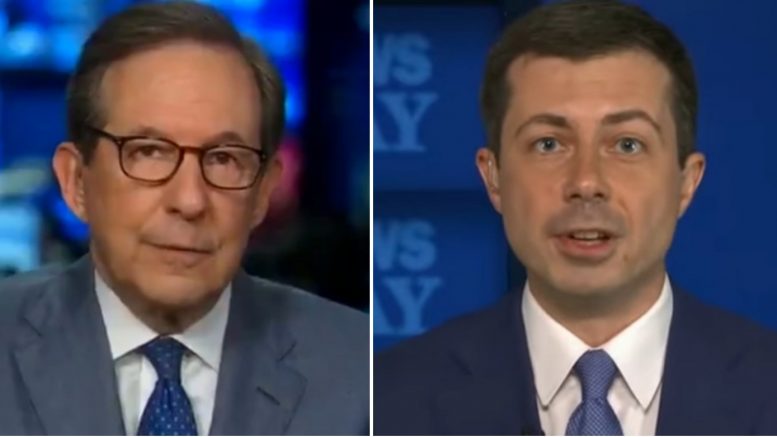 Fox News host Chris Wallace called out Transportation Secretary Pete Buttigieg on Sunday for “misleading” Americans over jobs that are estimated to be created by the multi-trillion dollar infrastructure package being promoted by the Biden administration.

Appearing on NBC News last Sunday, Buttigieg said the infrastructure bill will be a “generational investment” as he claimed it will “create 19 million jobs,” citing a study from Moody’s Analytics.

Wallace rolled a clip of Buttigieg making the remarks last Sunday and then displayed the actual numbers from the Moody’s Analytics study, which estimated that only 2.7 million more jobs will be added because of the infrastructure package — far less than what the transportation secretary claimed.

What Buttigieg failed to reveal is that out of the 19 million more jobs Moody’s Analytics estimated would be added, 16.3 million would naturally be created from the economy without help from a multi-trillion dollar infrastructure bill. Holding his feet to the fire, Wallace asked Buttigieg, “Why mislead folks?”

Unhappy with his answer, Wallace fired back, “Right, but 2 million more, not 19 million!”

Buttigieg corrected himself, “Yea, exactly. It will create 2.7 million more jobs than if we don’t do it.” He went on to say that the addition of jobs is “further proof” that the package is “good for the economy” and “it’s going to add jobs compared to doing nothing.”

Still not pleased with what he heard, Wallace asked, “But would you agree that you and the president and Brian Deese, the economic advisor on the program last week, you all exaggerated the jobs impact?”

Buttigieg tried to side-step by citing numbers from a Georgetown study, but Wallace again interjected: “You’re the one who cited Moody’s Analytics as 19 million and it’s actually 2.7 million, which is a bunch but it’s not what you said.” Video Below