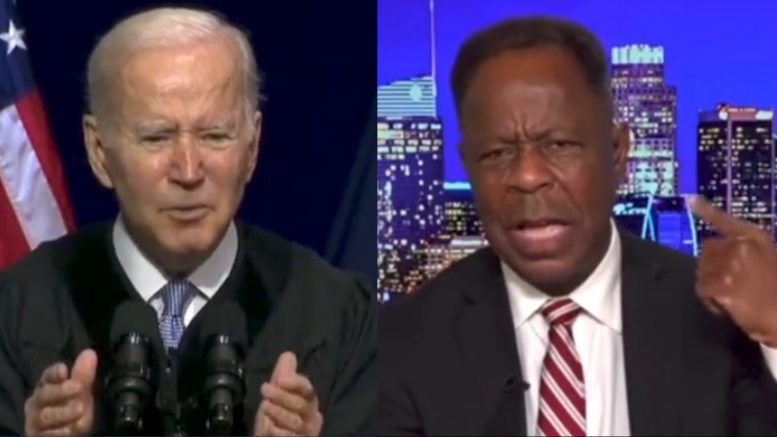 “He’s in a 1950 time warp,” Fox News contributor Leo Terrell said in response to Joe Biden doubling down on the notion that Black entrepreneurs don’t have lawyers.

Related Article: Leo Terrell on Biden Confusing Obama with Trump: ‘It’s Not a Freudian Slip, but Trump Is on His Brain 24/7’

Joe Biden is just not all there. It’s so obvious. But what’s so sad about it is he uses Black voters to get him elected and then look what has happened in these Democratic cities — Black on Black crime. Who’s being hurt by all of this crime? People of color. Schools are being closed. Who’s being hurt by schools being closed? People of color. This guy is bad for America and bad for Black Americans. Video Below

.@TheLeoTerrell says it’s just so obvious that Joe Biden is not all there. pic.twitter.com/TCVZsIQ6s5