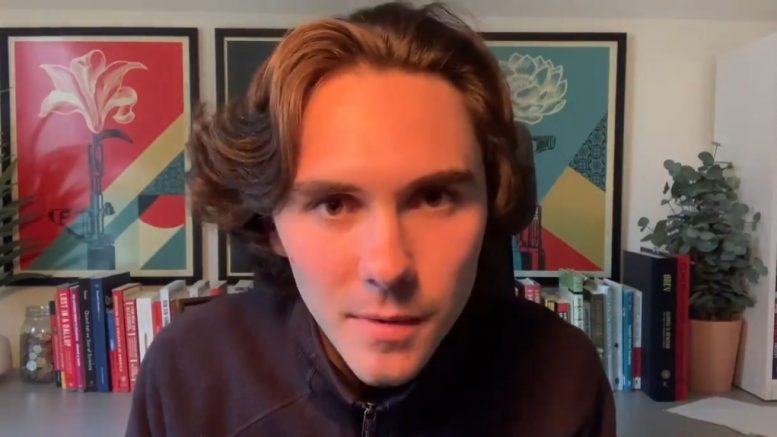 Liberal activist David Hogg announced that he has quit a business project that was solely created to compete with MyPillow CEO Mike Lindell.

Back in February, Hogg and his associate William LeGate launched a pillow company that he named Good Pillow, with a goal of contributing a percentage of profits to the progressive/socialist cause.

Good Pillow’s Twitter account immediately gained thousands of followers, but has remained largely inactive since it was created in February up until Saturday when the company announced that Hogg will be “taking a step back” from his “formal role,” but that they hope to have products available “for pre-order in the coming weeks.” 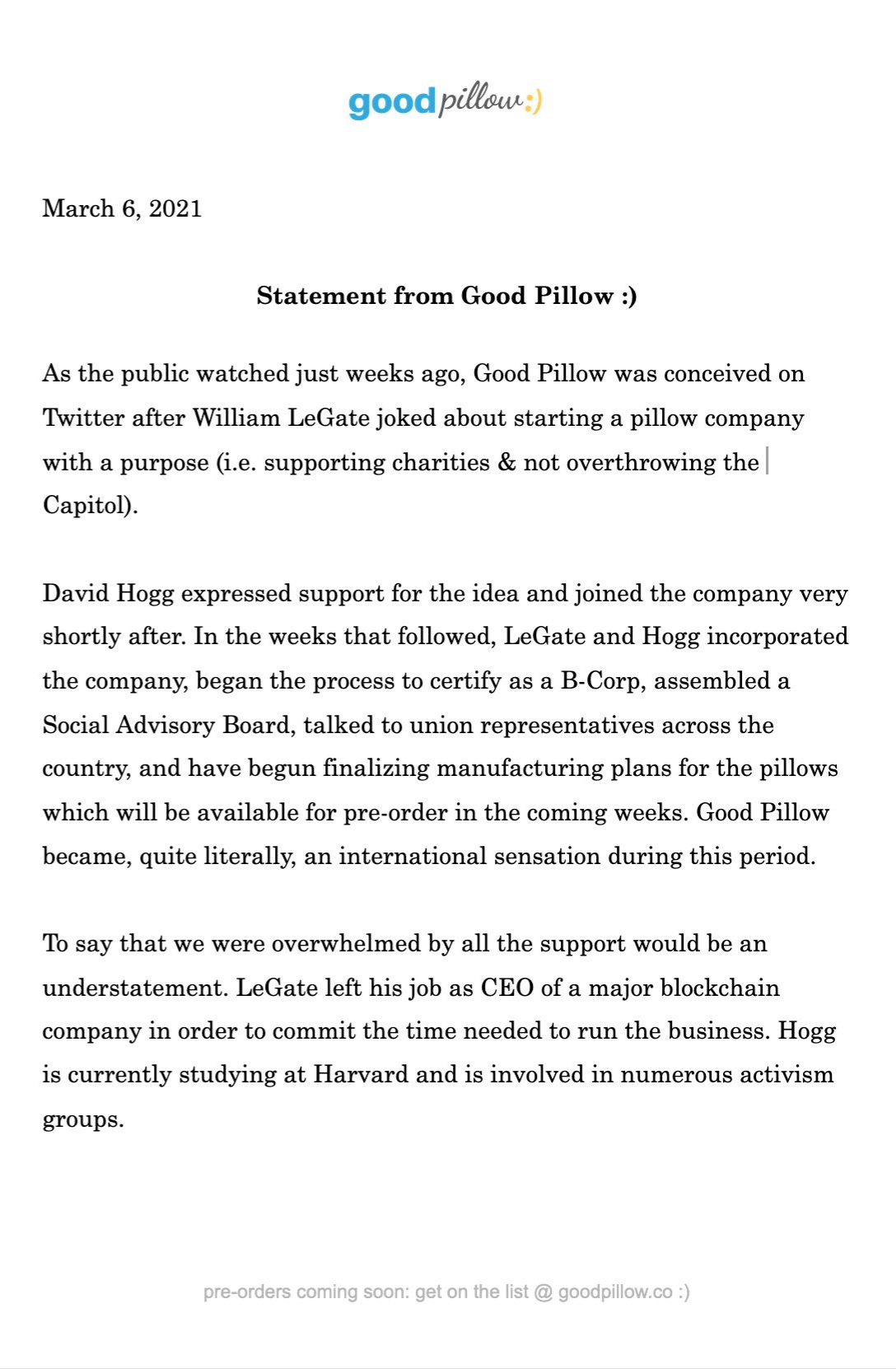 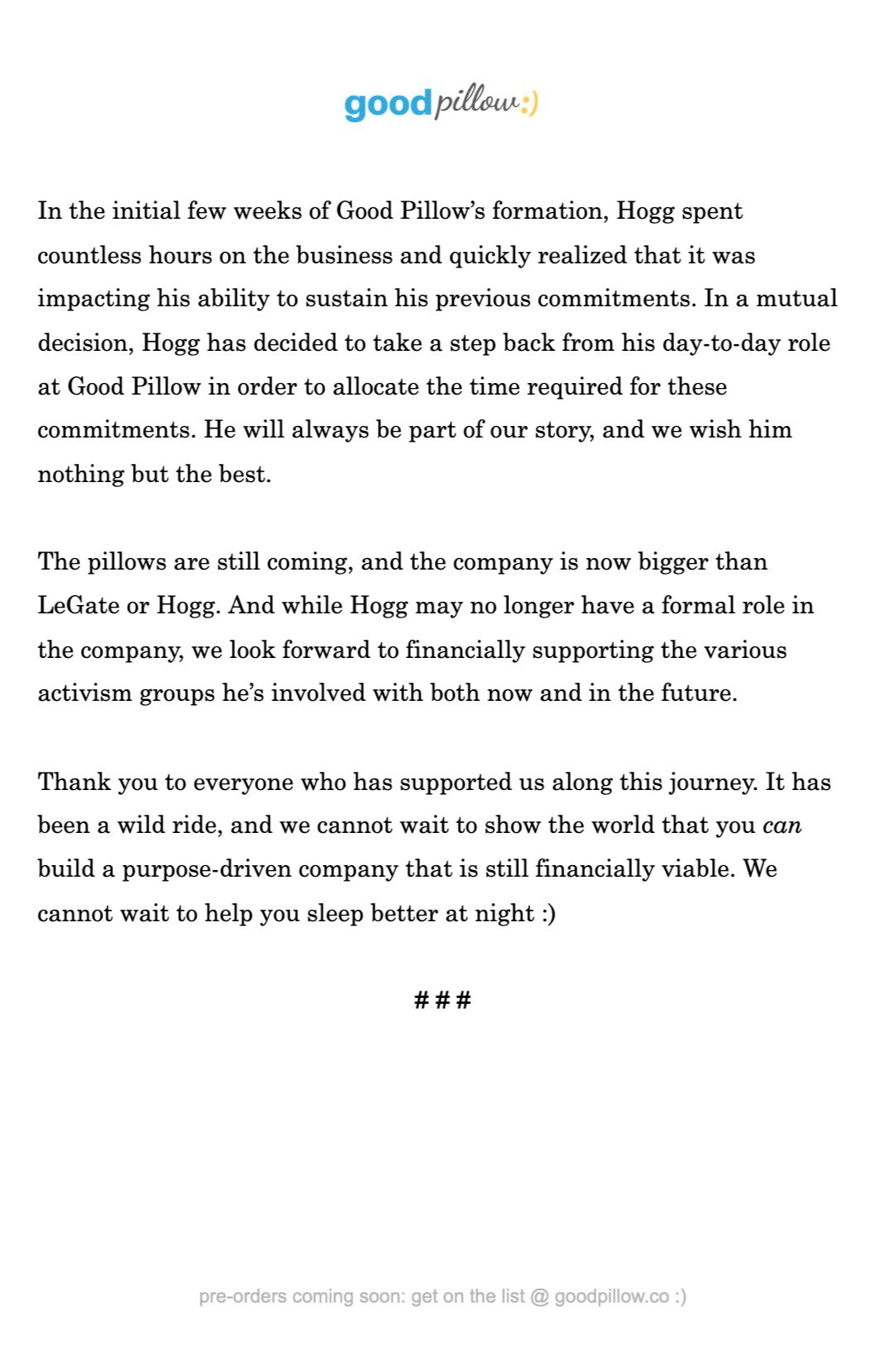 Hogg released a statement at the exact same time as Good Pillow via a thread on Twitter. See Below

“A couple weeks ago, a very spontaneous interaction over Twitter between me and William LeGate led to us trying to start a progressive pillow company. The goal was and still is to create a great pillow that is sustainably produced in domestic unionized factories and have a percentage of those profits benefit progressive social causes.

“We were met with immediate and overwhelming support. But I soon realized that given my activism, schoolwork, and family commitments, I could not give 100% to being a full time co-founder at Good Pillow.

“After many discussions with William and my friends, family and mentors, I made the good faith decision to allow William to bring our vision to life without me. That vision remains an ethical company that produces products that people need while creating good union paying jobs and supporting social causes at the same time.

“I am incredibly appreciative of those family and friends who reached out to support me, and am thankful for those who supported me in this vision.

“Effective immediately, I have resigned and released all shares, any ownership and any control of Good Pillow LLC. I want to thank Will for his partnership and wish him absolutely nothing but success with the future of Good Pillow. The reasons for my departure rest entirely with me and my own personal commitments and I truly wish Will nothing but the best.

“Over the next several months, I will be taking some time to focus on my studies in college and advance the gun violence prevention movement with March For Our Lives and personally.

“While now may not be the best time for me, I do deeply believe it is incumbent on our country’s businesses to do no harm and empower the communities in which they serve.

“Serving as an advocate and activist is just one (major) part of my life. I do hope to one day shape our global community to become more aware, progressive and equitable through social entrepreneurship and other avenues in the future.

“While the tragedy and trauma I experienced does shape me, like many other survivors of gun violence, it is not even close to who I am fully and I am looking forward to using this time to grow myself as an organizer, friend, son, and brother.”

We leave you with her reaction:

The MySocialistPillow Guy quits because working is hard; easier to be an “activist” than actual entrepreneur. https://t.co/Rn33r9UkkW