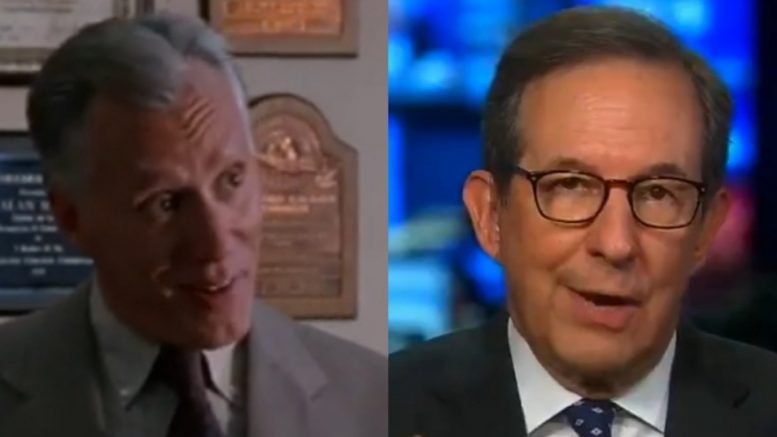 Chris Wallace of Fox News urged the public to “forget the politics” and “wear the damn mask” in wake of President Donald Trump and First Lady Melania testing positive of the coronavirus.

The remarks by Wallace come just days after he struggled to control Trump while moderating the first presidential debate on Tuesday.

“If I could say one thing to all of the people watching, forget the politics. This is a public safety, health issue,” Wallace declared.

“The President of the United States is in the most secure bubble in the world, in the sense that everybody who comes in contact with him has to take a test, and he still got it.”

“So wear the damn mask and follow the science,” he urged. “That’s the key take away.” Video Below

After seeing Wallace’s remarks, actor James Woods called out the Fox News host for sounding just like liberal-leaning journalists, such as Dan Rather and Jim Acosta, who have often undermine Trump Administration’s response to coronavirus pandemic.

“Chris, nobody cares,” Woods tweeted. “You’re a ghost now, another hand crank fluffer for the Democrats.”

“Go play checkers with Acosta or Rather. You’re now one of the Clown Team. Forever,” he proclaimed. Video Below

Chris, nobody cares. You’re a ghost now, another hand crank fluffer for the Democrats. Go play checkers with Acosta or Rather. You’re now one of the Clown Team. Forever. pic.twitter.com/30uzhyfpjJ