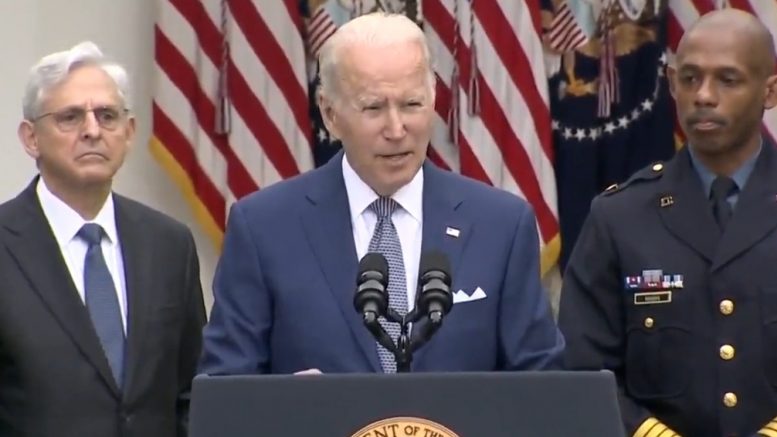 Joe Biden suggested on Tuesday that his administration could’ve moved faster to prevent the baby formula crisis in the U.S. “if we had been better mind readers.”

The remarks from Biden comes as 43% of baby formula across the U.S. is out of stock, leaving American parents scrambling trying to figure out how to feed their children — some driving several miles to find formula in stock.

As reported by the Wall Street Journal:

“A nationwide shortage has left parents driving long distances in search of formula to feed their babies. Nationally, 43% of baby formula is out of stock, with more than 30 states averaging above the U.S. level in the week that began May 1, up from 31% two weeks earlier, according to the latest figures from Datasembly, which tracks out-of-stock messages on retailers’ websites and apps. Normally, baby formula is 10% out of stock on average. Tennessee, Kansas and Delaware are among states seeing the worst of the shortage.

“The shortage, caused by a mix of supply-chain problems and a recall, has led to empty shelves at some stores, product restrictions and concern among parents and caregivers. Low-income families are especially affected. About half of infant formula nationwide is purchased by participants using Special Supplemental Nutrition Program for Women, Infants, and Children (WIC) benefits, which provide food vouchers to pregnant or postpartum women and their young children, according to the White House. Metro areas in the South and Southwest, including Las Vegas and Houston, have been hit hard.”

Asked by a reporter if his administration
Could have taken steps sooner before parents got to shelves and couldn’t find formula, Biden replied, “If we had been better mind readers, I guess we could’ve but we moved as quickly as the problem became apparent to us.” Video Below

BIDEN: "If we had been better mind readers, I guess we could've" taken action to address the baby formula crisis sooner.

In ending, here is video of CNN’s Jake Tapper chastizing the Biden adminisration for allowing the baby formula disaster to happen:

"This is hardly the first time that there's this slow-rolling anticipated disaster happening EXACTLY as forewarned — whether it's the exit from Afghanistan, the border surge." pic.twitter.com/RsExf2Fl8m

Jesse Watters: “Alarm Bells Should Be Going Off Right Now, And Not In Biden’s Fantasy Land”