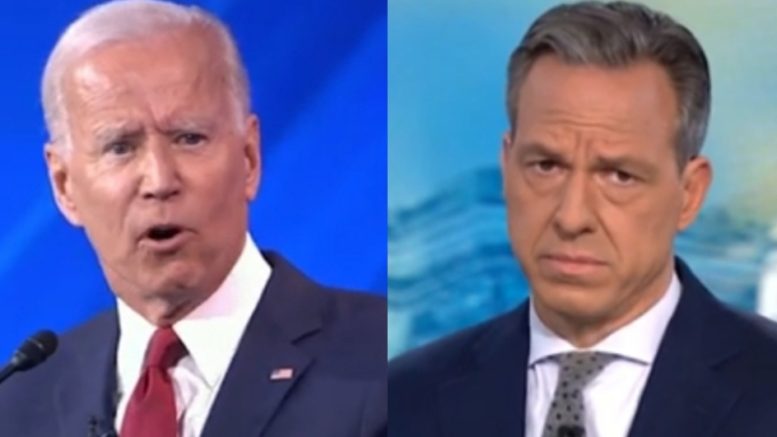 Democratic Presidential frontrunner Joe Biden has been having a rough time on the campaign trail between gaffes, flubbing his words, and general delivery when responding to debate questions.

During Thursday’s debate, Julian Castro mocked Biden for forgetting something he said “just two minutes ago,” while Cory Booker voiced concern of “Biden’s ability to carry the ball all the way across the goal line without fumbling.”

And it’s not just Democrat candidates on the left who have taken note of Biden’s lackluster performance, as now a former Obama Official reportedly spoke out to Jake Tapper about their concern.

Related Article: Huckabee Reacts As Biden Appears To Have A ‘Dental Malfunction’ During The Debate: ‘He’ll Be Able To Do Ads For Poli-Grip’

“Biden’s strength has never been his clarity of message or his delivery.”

“But watching his long, winding answers that don’t really make sense in recent debates has also raised the question as to whether that has gotten worse and whether he is up for this.” Video Below

The remarks by the former official has to be embarrassing for Biden, who still hasn’t secured an endorsement from former President Obama.

In the meantime, Senator Elizabeth Warren is catching up to Biden in the polls, with Bernie Sanders trailing just a handful of percentage points behind. So a change in “delivery” may be something for the former VP should work on sooner rather than later.

We leave you with video of Tapper’s full interview with Buttigieg.