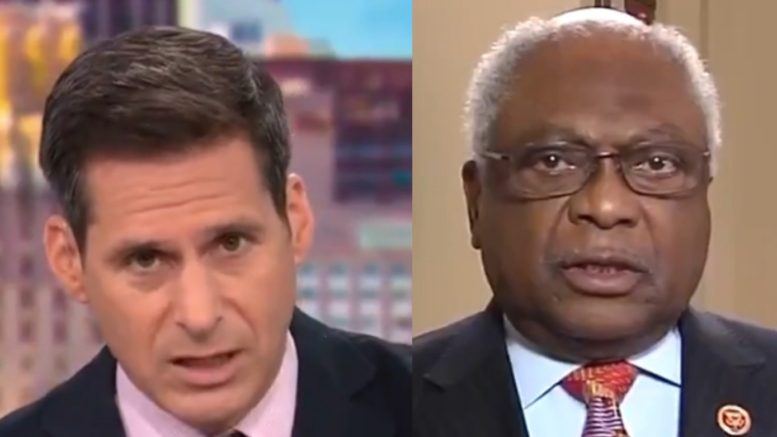 House Majority Whip James Clyburn (D-SC) conceded in an interview on CNN that there will be bipartisan opposition to impeachment once a vote is be taken.

Clyburn made the claim as at least two House Democrats have suggested they are not committed to voting in favor of impeaching President Trump, and could side with Republicans.

Democrat Rep. Jeff Van Drew has already said he plans to vote against articles of impeachment, while South Carolina Rep. Joe Cunningham, is still undecided on impeachment according to his spokesperson Rebecca Drago.

“[Joe] will continue to withhold judgment until the articles have been drafted and he’s had the time to thoroughly examine the articles and all supporting evidence,” Drago told The State.

Rep. Clyburn said in his interview that he doesn’t know how many Democrats will ultimately vote against articles of impeachment, nor is he willing to whip up votes for it.

“I mean simply that this is a vote of conscience,” Clyburn said in an interview with CNN on Friday morning. Video Below

“I do believe that when it comes to something as divisive as impeachment, we have to leave members up to their own consciences, their own constituents, and what they think is in the best interest of their love for country,” Clyburn proclaimed. “And so I think it would be a bit unseemly for us to go out, whipping up a vote on something like this.”

When asked by CNN host John Berman how many Democrats he expects to lose in the impeachment vote,” Clyburn said. “We do expect to lose some, and that’s why I say it is a conscious vote. And it’s with our constituents. We have a very diverse caucus.”

“I share six counties with a Democrat in South Carolina. I see it, a part of those counties, that is much different from the part that [Rep. Joe] Cunningham has, and we may be voting differently. I have no idea,” he continued. “He is probably talking to his constituents. He knows where they would like to see him stand on this question, and I suspect that’s the way he would vote.” Video Below

In ending, here is a still shot of House Minority Leader Rep. McCarthy making his case against impeachment.

In A Striking Move, Romney Urges An End To ‘Partisan Bickering’ To Resolve The Border Crisis