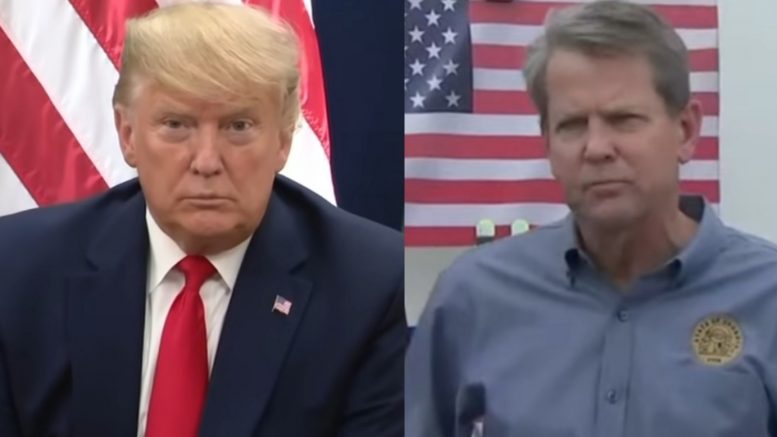 45th President Donald Trump congratulated Georgia lawmakers on Friday for successfully making sweeping new changes to how elections will be conducted in the Peach State.

Governor Brian Kemp swiftly signed the new bill into law on Thursday just over an hour after it cleared Georgia’s Republican-controlled General Assembly, with votes of 34-20 in the Senate and 100-75 in the House, according to AJC.

Under the vast new election law, the following rules and regulations are now in effect:

• Absentee ballots will be verified based on driver’s license numbers or other documentation instead of voter signatures.

• Ballot drop boxes will only be allowed inside early voting locations and available strictly during business hours.

• Early voting for runoffs will be reduced to a minimum of one week because runoffs will occur four weeks after general elections.
The deadline to request an absentee ballot will be set 11 days before election day.

• Members of the public will be prohibited from distributing food or water to voters waiting in line. Election workers are allowed to set up self-service water stations for voters in line.

• The State Election Board could remove county election boards and replace them with an interim elections manager.

• A hotline to report illegal election activities will be set up in the attorney general’s office.
Counties will be required to certify election results within six days, instead of the 10 days currently allowed. Election workers will also be required to count ballots without stopping until they’re finished.

Former President Trump — who had been highly critical of Georgia’s electoral system after being narrowly defeated by Joe Biden in the swing state– hailed the new legislation in an email sent out on Friday.

“Congratulations to Georgia and the Georgia State Legislature on changing their voter Rules and Regulations,” Trump wrote. “They learned from the travesty of the 2020 Presidential Election, which can never be allowed to happen again.”

“Too bad these changes could not have been done sooner!” the 45th President concluded. 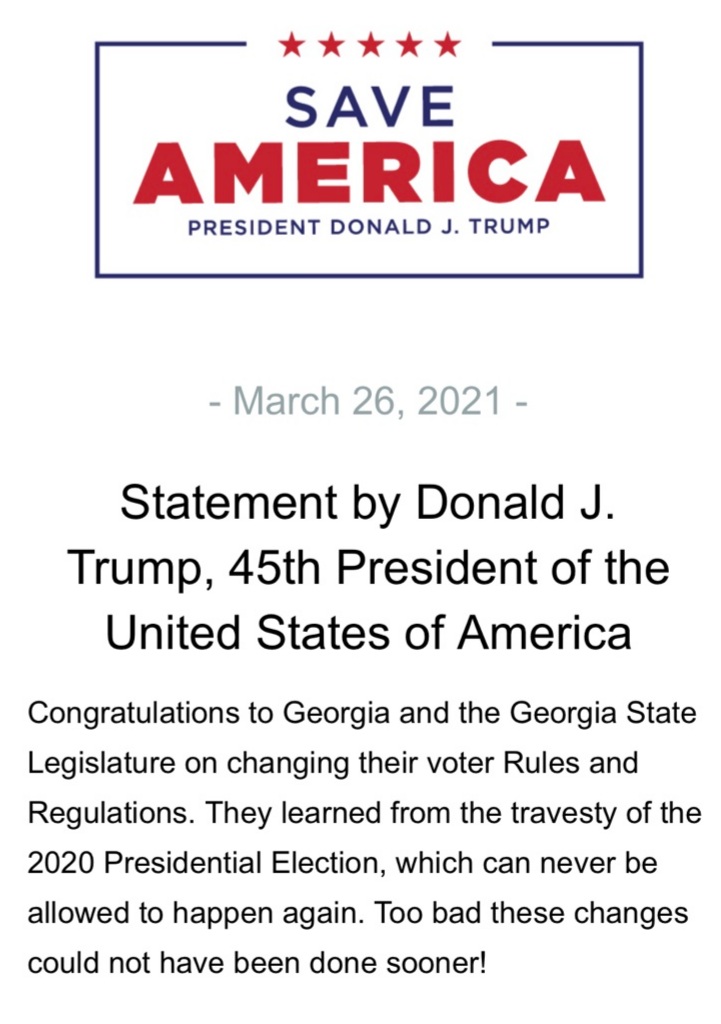