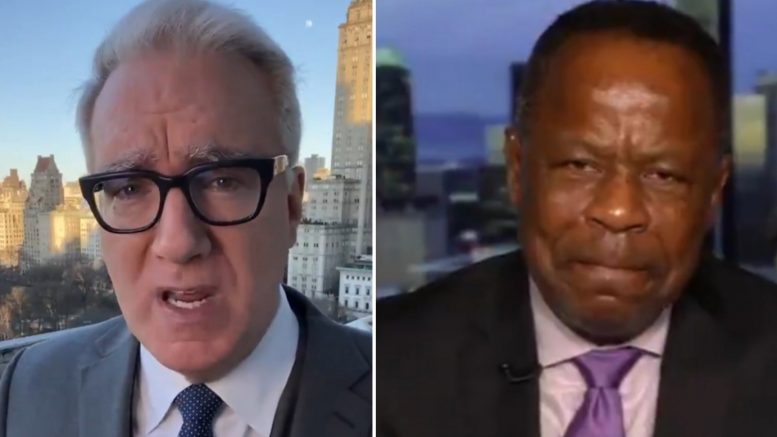 All players on April 15 will wear the same uniform number — #42 — in honor of the first Black to play Major League Baseball, Jackie Robinson, who was also born in Georgia.

“Jackie Robinson was born in Georgia,” he continued. “For baseball players to have to celebrate integration while Jackie Robinson’s home state enacts laws designed to keep People of Color from voting is beyond mere hypocrisy. It is forcing players to participate in a humiliating sham.”

One of the key changes made to Georgia’s election regulations requires absentee ballots to be verified based on driver’s license numbers or other documentation instead of voter signatures — a move that leftist activists argue is “racist,” and is likely what Olbermann is referring to.

In response, civil rights attorney Leo Terrell — aka Leo 2.0 — declared that Georgia’s election law “is not racist,” and he questioned why Olbermann is “playing the race card.” He then challenged the former sports analyst to “a debate.”

“The Georgia law is not racist. What do you personally gain by playing the race card?” Leo asked a reply to Olbermann video.

“I would love to debate you. However I will be taking advantage because you are not a lawyer and you know nothing about constitutional law!” he added. See Below

Mr. Terrell went on to slam Democrats on Saturday evening for constantly playing the “race card” when it comes to vast election changes in Georgia and anywhere else in America where voter ID is enforced.

Gov. Brian Kemp Issues State of Emergency for Georgia Ahead of Hurricane Ian