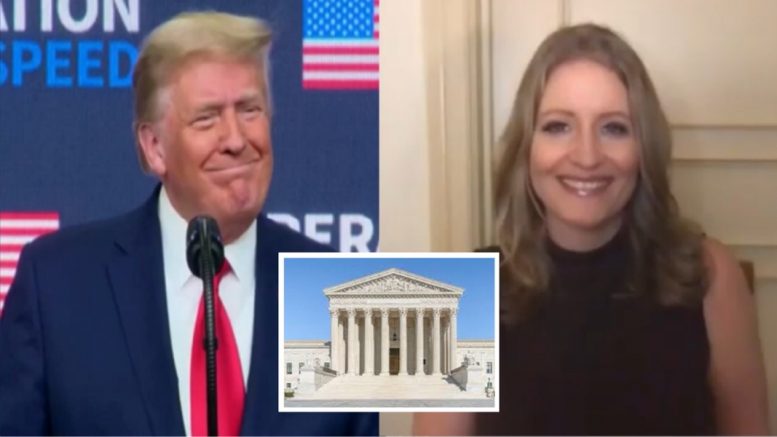 The State of Texas filed a lawsuit directly with the U.S. Supreme Court shortly before midnight on Monday challenging the election procedures in Georgia, Michigan, Pennsylvania, and Wisconsin on the grounds that they violate the Constitution, as previously by The Freedom Times.

The Supreme Court on Tuesday, immediately and officially listed the Texas case against the battleground states on the highest court in the land’s docket.

Texas is asking the Supreme Court to order the states to allow their legislatures to appoint their electors. The lawsuit states in part:

Certain officials in the Defendant States presented the pandemic as the justification for ignoring state laws regarding absentee and mail-in voting. The Defendant States flooded their citizenry with tens of millions of ballot applications and ballots in derogation of statutory controls as to how they are lawfully received, evaluated, and counted. Whether well intentioned or not, these unconstitutional acts had the same uniform effect—they made the 2020 election less secure in the Defendant States. Those changes are inconsistent with relevant state laws and were made by non-legislative entities, without any consent by the state legislatures. The acts of these officials thus directly violated the Constitution.

This case presents a question of law: Did the Defendant States violate the Electors Clause by taking non-legislative actions to change the election rules that would govern the appointment of presidential electors? These non-legislative changes to the Defendant States’ election laws facilitated the casting and counting of ballots in violation of state law, which, in turn, violated the Electors Clause of Article II, Section 1, Clause 2 of the U.S. Constitution. By these unlawful acts, the Defendant States have not only tainted the integrity of their own citizens’ vote, but their actions have also debased the votes of citizens in Plaintiff State and other States that remained loyal to the Constitution. Continued Below

President Donald Trump took to Twitter Wednesday morning, announcing, “We will be INTERVENING in the Texas (plus many other states) case. This is the big one. Our Country needs a victory!”

Following the Commander in Chief’s announcement, the Trump campaign released a statement Wednesday, as President Trump signaled intervention in the SCOTUS case.

Donald J. Trump, in his personal capacity as candidate for re-election as President of the United States, today moved to intervene in the Texas v. Pennsylvania, et. al. action at the United States Supreme Court. The President intervened because his rights as a candidate are affected by the Defendant States’ failure to follow and enforce state election laws during the 2020 election, according to the press release.

“I’m honored that the President asked me to represent him in this matter. I think his intervention in this case strengthens an already very strong original action by the state of Texas,” said John C. Eastman, Counsel of Record for President Trump.

“President Trump is fully committed to ensuring election integrity and fulfilling his oath to defend and protect the United States Constitution against state officials’ misconduct and violations of law that irredeemably compromised this election,” said Jenna Ellis, Senior Legal Adviser to the Trump 2020 Campaign and Attorney to President Trump.

“We look forward to the Supreme Court resolving these important issues of election integrity that ultimately affect all Americans, and providing a remedy to the corruption that occurred,” she added.

Currently, seventeen states are urging the U.S. Supreme Court to take up Texas’s request to challenge the 2020 election results in four battleground states.

The court has ordered the defendant states to respond to Texas’s motions by 3 p.m. Thursday, Dec. 10.

The president expressed his gratitude to the 17 states Wednesday on Twitter: