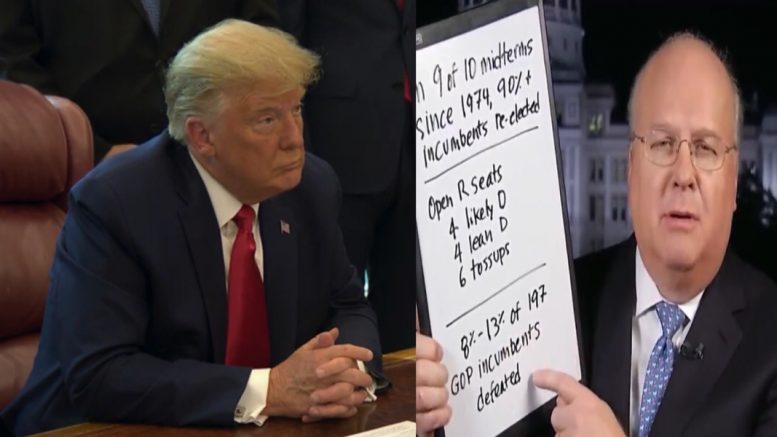 It is not immediately clear what prompted the former president’s statement, however, Trump also recommended that Fox News “should get rid of Karl Rove and his ridiculous ‘whiteboard’ as soon as possible!”

Karl Rove has been losing for years, except for himself. He’s a RINO of the highest order, who came to the Oval Office lobbying for 5G for him and a group. After a lengthy discussion with Rove and Chief of Staff Mark Meadows, I said no, they’re not qualified. Our Nation can do much better!

On Election Evening, Nov. 3rd, at 10:30pm, Rove called to congratulate me on “a great win.” I said thank you Karl, only to watch the rigged election take its final form.

Karl Rove’s voice on Fox is always negative for those who know how to win. He certainly hasn’t helped Fox in the ratings department, has he?

Never had much of a feeling for Karl, in that I disagreed with so many of the things he says. He’s a pompous fool with bad advice and always has an agenda. He ran the campaign for two Senators in Georgia, and did a rotten job with bad ads and concepts. Should have been an easy win, but he and his friend Mitch blew it with their $600 vs. $2,000 proposal. Karl would be much more at home at the disastrous Lincoln Project. I heard they have numerous openings! Continued Below

If the Republican Party is going to be successful, they’re going to have to stop dealing with the likes of Karl Rove and just let him float away, or retire, like Liddle’ Bob Corker, Jeff “Flakey” Flake, and others like Toomey of Pennsylvania, who will soon follow. Let’s see what happens to Liz Cheney of Wyoming.

If it weren’t for me, the House would have lost 25 seats instead of gaining 15—it was a shock to everyone, and almost cost Pelosi her Speaker position. Likewise, 8-10 Senators would have lost their position, including Karl’s friend Mitch, our wonderful leader who would rather spend his time fighting me than Pelosi, Schumer, and Sleepy Joe.

In last year’s Congressional primaries, 120 of the 122 candidates I endorsed won – and the two that lost were beaten by people claiming to be more Trump than their opponent. In the Senate, I was undefeated in primary endorsements with a record of 21 and 0, and close to that in the general election. Continued Below

31 million people listened to my CPAC speech online, and it had among the largest television audience of the week, even though it was on cable at 4pm on Sunday afternoon.

Karl Rove is all talk and no action! Next time Karl, save your Election night phone call and keep doing a great job for the Democrats. Fox should get rid of Karl Rove and his ridiculous “whiteboard” as soon as possible! 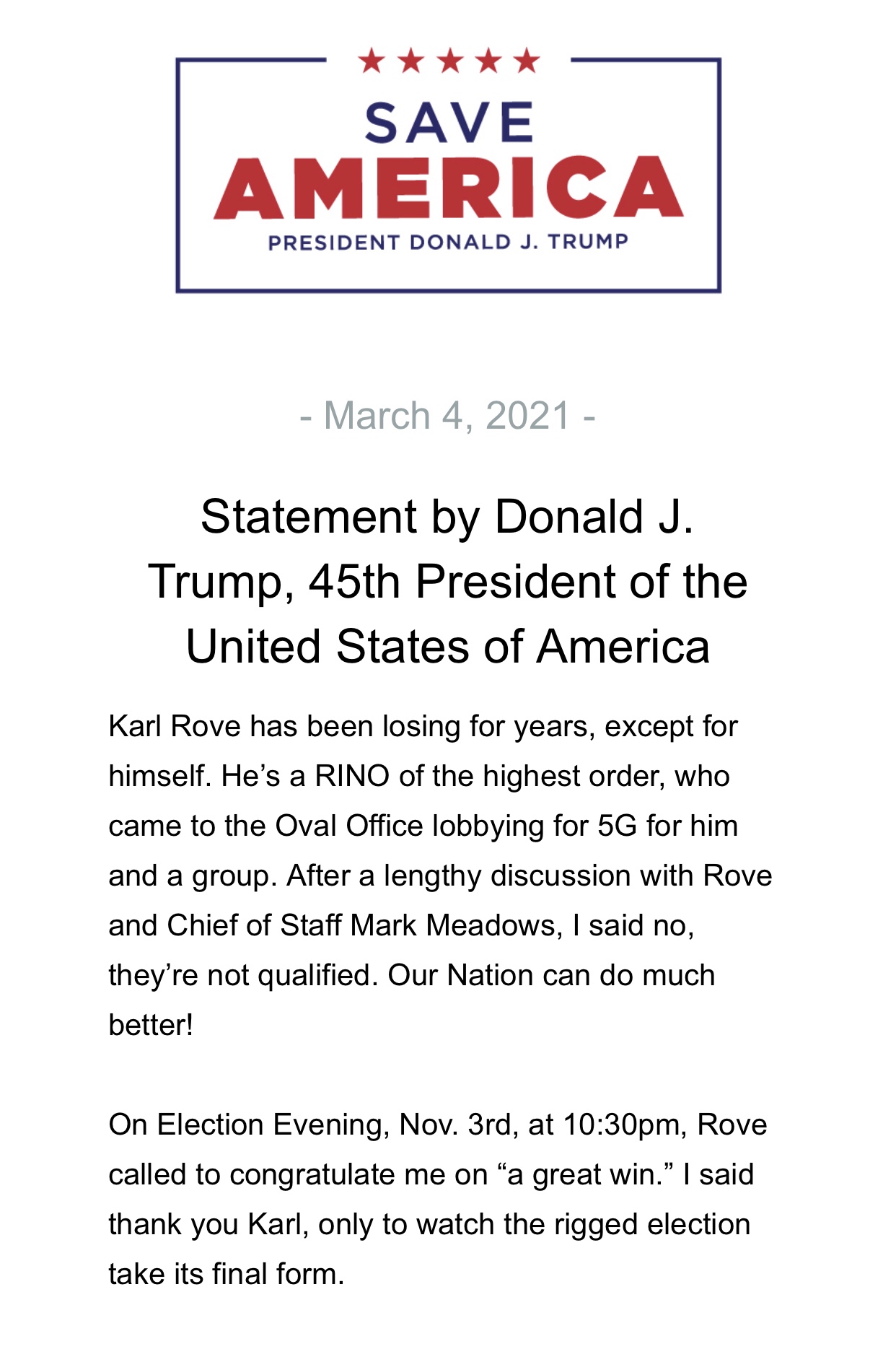 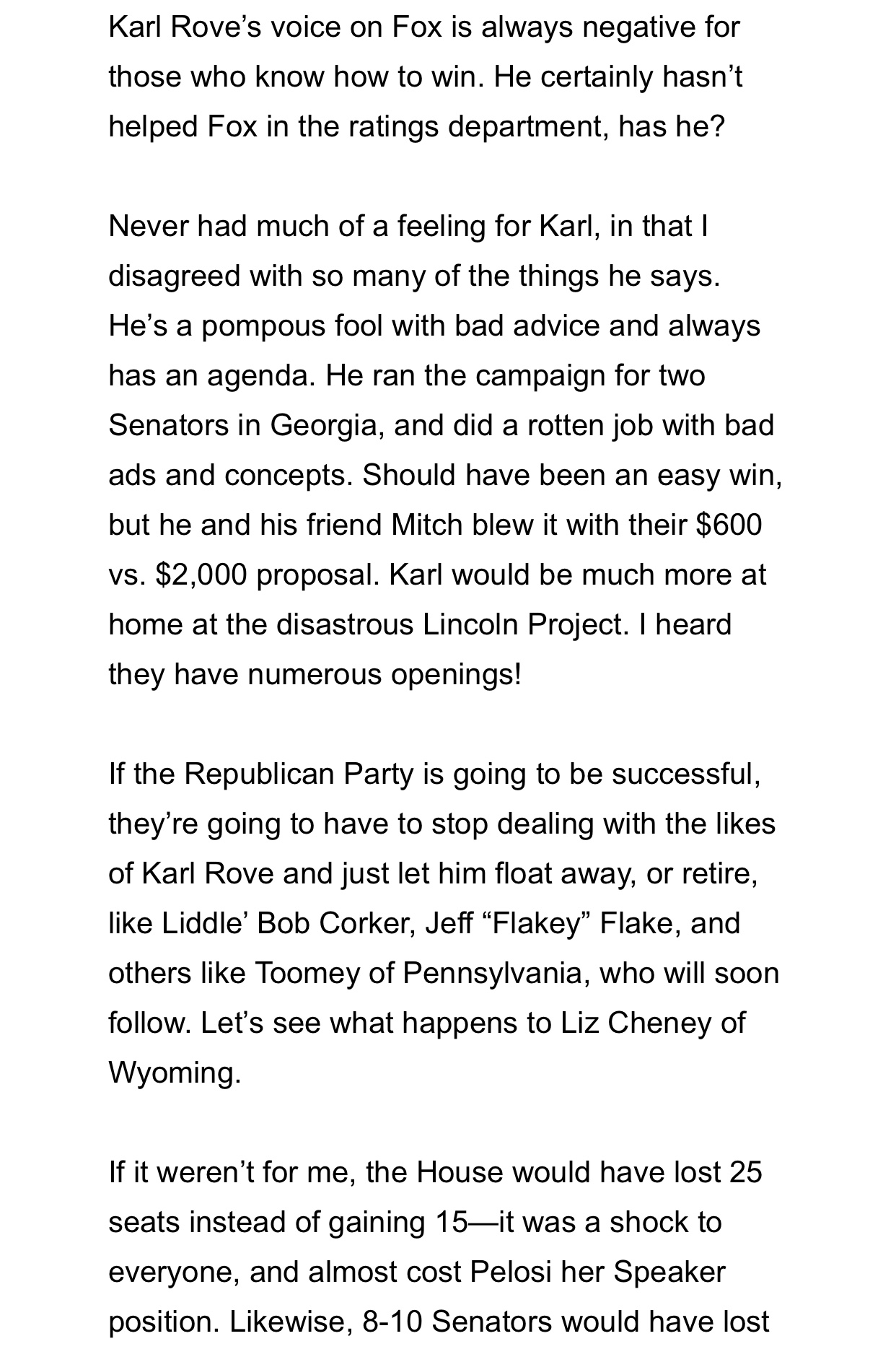 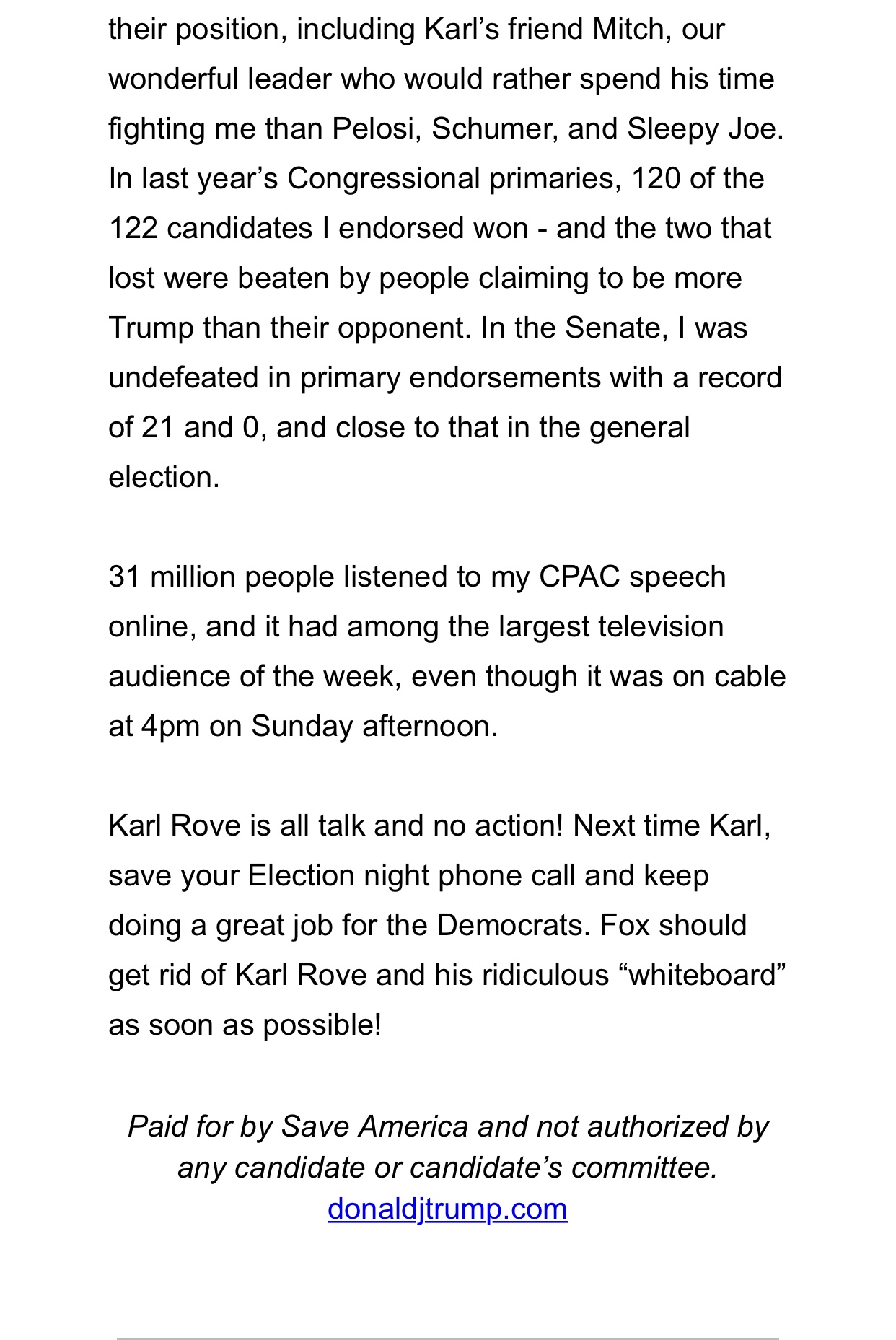