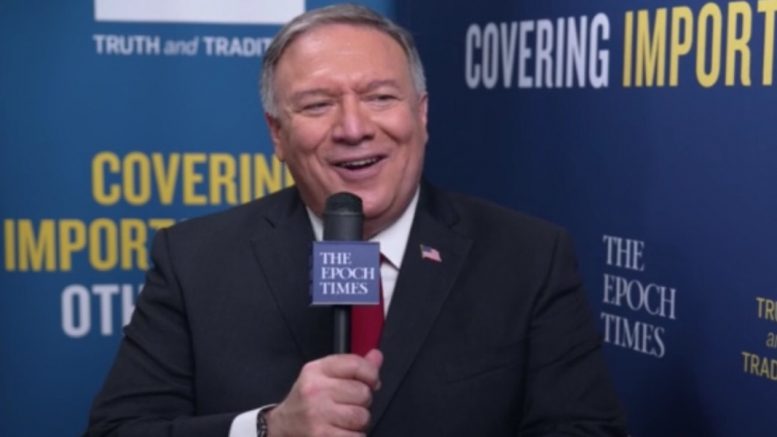 Former Secretary of State Mike Pompeo spoke with The Epoch Times Senior Editor Jan Jekielek at CPAC 2021 on Saturday, discussing conservative values and why he believes all conservatives should be “pipehitters.”

Jekielek said during Pompeo’s CPAC speech that he had “talked about America mostly” and the “America First” agenda. “You brought up a curious talking point … about pipehitters. Tell me about the role of pipehitters over the next four years, as you were describing it,” he said.

“I told the audience … each of them, to be a pipehitter wherever they were,” Mike Pompeo said. “It’s a phrase that came from– I think I first picked it up from a CIA officer from where I served alongside when I was the director”.

“I would ask them about someone– I would say, ‘Tell me about Mike, or Al, or Pete’, and they would say, ‘Sir, he’s a pipehitter’. And what they meant, that person got stuff done. That person was determined. They weren’t gonna let anything get in their way. They were gonna do it right and achieve the outcome before them,” Pompeo explained.

“And I wanted everyone at CPAC to know, we’ll all go be pipehitters. … I talked about all these various institutions where we all have to go get it done. This will be a testing four years. This administration that doesn’t understand ‘America First’ in the same way we understand ‘America First’. We all need to be everywhere we are, getting it done, making it happen, grinding along the way,” he said.

“The idea of someone being a pipehitter– working hard to peacefully execute. On behalf of the United States of America, I think it’s the center of the conservative movements’ success,” Pompeo added. Video Below

These 4 years will test us. Keep grinding. Be a pipehitter!