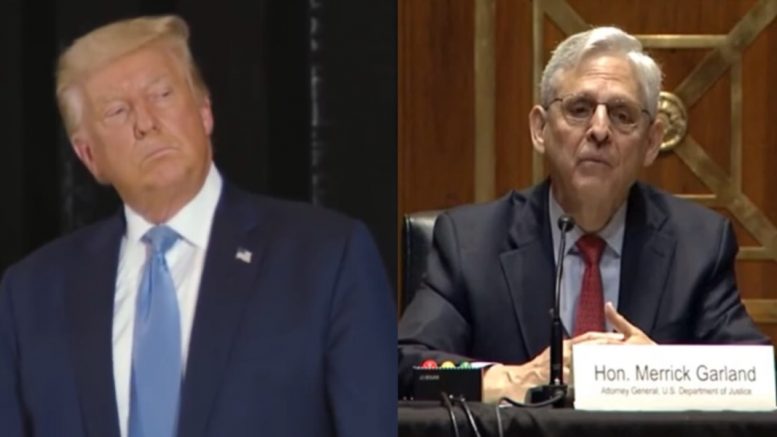 The department filed a notice of appeal Thursday following Judge Cannon’s ruling Monday that an independent third party should review documents taken by FBI agents during the August 8 raid.

The Biden administration lawyers asked Judge Cannon to pause her ruling as the appeal is considered by the Atlanta-based US Court of Appeals for the 11th Circuit. The documents in question “indisputably belong to the government, not Plaintiff,” the Justice Department argued.

Trump responded to the DOJ’s appeal on Thursday, writing on Truth Social: “So now the FBI & Biden Department of ‘Justice’ leakers are going to spend Millions of Dollars, & vast amounts of Time & Energy, to appeal the Order on the ‘Raid of Mar-a-Lago Document Hoax,’ by a brilliant and courageous Judge whose words of wisdom rang true throughout our Nation, instead of fighting the record setting corruption and crime that is taking place right before their very eyes.”

“They SPIED on my Campaign, lied to FISA COURT, told Facebook ‘quiet,’ preside over worst CRIME WAVE ever!! the 45th President said.

He added in separate post: “They leak, lie, plant fake evidence, allow the spying on my campaign, deceive the FISA Court, RAID and Break-Into my home, lose documents, and then they ask me, as the 45th President of the United States, to trust them. Look at the I.G. Reports on Comey, McCabe, and others. Things are safer in the middle of Central Park!”

Judge Cannon, in her Monday ruling, said “Pursuant to the Court’s equitable jurisdiction and inherent supervisory authority, and mindful of the need to ensure at least the appearance of fairness and integrity under the extraordinary circumstances presented, Plaintiff’s Motion [ECF No. 1] is GRANTED IN PART.”

“The Court hereby authorizes the appointment of a special master to review the seized property for personal items and documents and potentially privileged material subject to claims of attorney client and/or executive privilege. Furthermore, in natural conjunction with that appointment, and consistent with the value and sequence of special master procedures, the Court also temporarily enjoins the Government from reviewing and using the seized materials for investigative purposes pending completion of the special master’s review or further Court order,” the ruling states.

The judge told lawyers for Trump and the government to confer and submit a list of possible special master candidates, as well as a schedule for review and compensation.