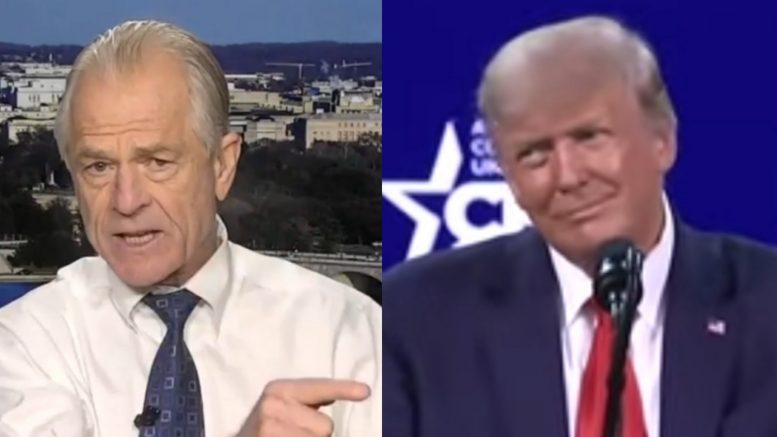 Peter Navarro is confident that former President Donald Trump “will be on the ballot in 2024,” and he thinks it’s time for Trump to “clean up” his house internally and externally in preparation for the next presidential election.

Navarro — who served in multiple roles with the Trump Administration — gave his assessment while weighing in on what to expect from Trump’s CPAC speech on Sunday.

“He’s got to take out the traditional Republican trash — McConnell, Cheney and McCarthy. It’s got to be a revolution,” Navarro told Fox News host Maria Bartiromo on Sunday morning.

Navarro continued, “He’s also got to get his own house in order in preparation for 2024. Whether he announces today or not, he will be on the ballot in 2024.”

“He’s got to clean up what’s going on internally to make sure he’s got a solid message going forward, and externally he’s got to come after those traditional globalist, elitist Republicans who love open borders and love free trade,” Navarro concluded. Video Below

Related Article: CPAC Crowd Goes Wild As Trump Indicates ‘I May Even Decide To Beat Them For A Third Time’