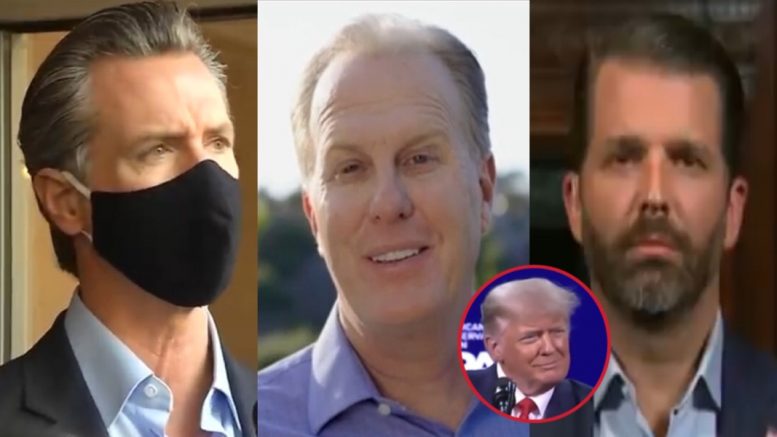 Former San Diego Mayor Kevin Faulconer, a Republican candidate for California governor, would not say whether or not he wants former President Donald Trump’s potential endorsement amid running against Governor Gavin Newsom (D).

Newsom, who is currently facing recall, is on course to trigger a gubernatorial election as the mid-March deadline for signatures draws closer. Faulconer launched his gubernatorial bid at the start of February as Newsom’s approval rating took a turn for the worse while recall signatures mounted.

As reported by Newsweek:

In an interview with Newsweek, Faulconer deflected when asked if he wanted Trump’s endorsement for his campaign in California. Trump is highly influential in Republican politics because of his continuing firm grip on the party’s voter base.

Faulconer has criticized Trump in the past, but voted for him in the 2020 election, telling KPBS in December the decision was “absolutely based on” the “economic recovery” which made it a “clear choice.”

“I think this race will garner national attention. But, my focus is going to continue to be right on California,” Faulconer told Newsweek when asked if he wanted Trump’s endorsement. Continued Below

“I’m going to be talking about the issue that Californians want, what they need in terms of jobs leaving our state, homelessness, opening up our schools.”

Pressed again on whether he was seeking or wanted Trump’s backing, Faulconer said: “It’s a hypothetical question, obviously. But as I said before, I’ve made my whole career in terms of what I’ve been able to do. I’m very proud of my record, and I’m looking to gain the support of Californians up and down the state.”

Responding on Twitter to Kevin Faulconer deflecting over whether he wants former President Donald Trump’s potential endorsement, Donald Trump Jr. said on Monday, “I think it’s safe to say if he won’t say that he wants it, that he likely doesn’t deserve it.” Continued Below

I think it’s safe to say if he won’t say that he wants it that he likely doesn’t deserve it. https://t.co/TXdXwuJ4Bj

“Where necessary and appropriate, I will back primary rivals who espouse Making America Great Again and our policy of America First. We want brilliant, strong, thoughtful, and compassionate leadership,” President Trump said in a statement last month.

“In my three decades in American politics I have never seen a better case for a recall than there is right now in California,” Grenell expressed.

“And of course, if a public official is still failing to deliver on their promises, and if you can’t limit their term or recall them in time, there’s always one other option: You can run against them yourself,” Grenell declared.

Acosta Vents His Frustration Over Trump Mocking CNN, McEnany Reacts: “He Was Making A Point That CNN Has Regularly Taken Him Out Of Context”