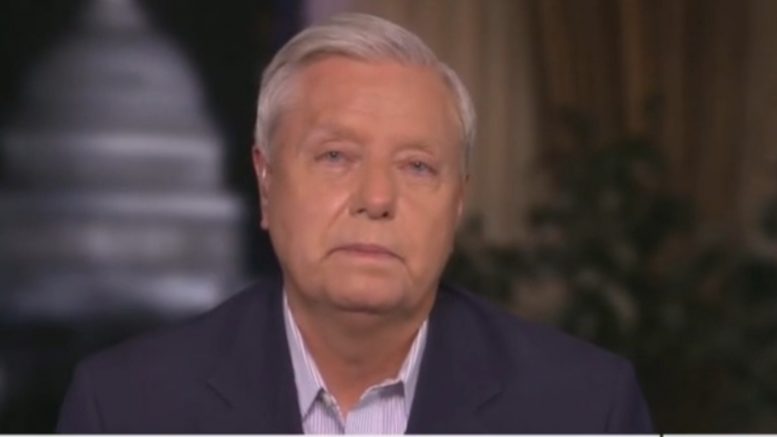 According to The Hill, Sen. Graham revealed earlier on Monday that he discussed the 2022 elections during a weekend meeting with former President Trump that he had billed as part of an effort to unite the Republican Party.

Related Article: Graham Issues A Reality Check To McConnell: “We Don’t Have A Snowball’s Chance In Hell Of Taking Back The Majority Without Donald Trump”

“I think you’re going to see over the next couple of months Donald Trump lead the Republican Party on policy and give us the energy we need to take back the House and the Senate,” Sen. Graham told Sean Hannity.

“The Democrats are doing their part. If we can get behind President Trump and follow his lead, we will win in 2022. If we argue with ourselves, we’re gonna lose. And there’s no reason to lose,” he added.

Asked if he has any insight on whether Trump will run in 2024, Sen. Graham simply replied, “Stay tuned.” Video Below