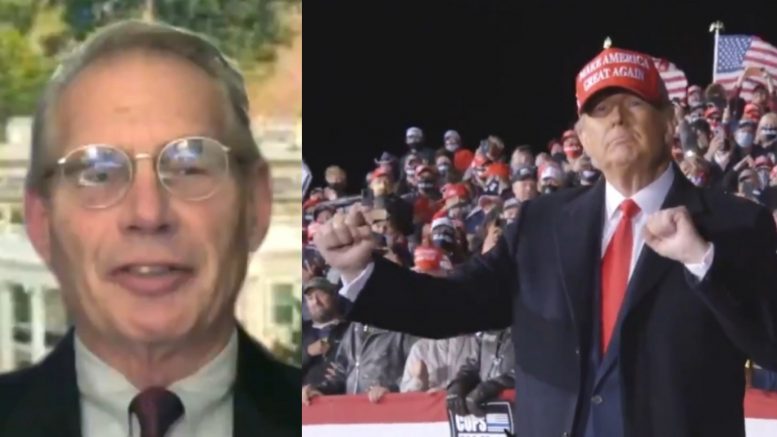 With the presidential election only a day away, election forecaster Helmut Norpoth remains confident in his prediction that President Donald Trump will cruise to a sound victory over former Vice President Joe Biden.

Mr. Norpoth, who correctly predicted President Trump’s upset victory over Hillary Clinton in 2016, says there is a 91% chance that the Commander-in-Chief will be re-elected, according to his primary model.

The model that Norpoth uses has been accurate at predicting the outcome of 24 of the past 26 Presidential elections for over the last 100 years by using data obtained from primary elections.

And this year, Helmut’s model indicates that President Trump will win the electoral count with a 362 to 176 advantage over Joe Biden.

While almost all mainstream polls suggest the complete opposite, Norpoth finds himself in the same position as he was in 2016, when he was one of the only forecasters to predict Trump’s victory.

He discussed the scenario while appearing on Monday’s airing of Lou Dobbs Tonight, where he stood firmly by his forecast.

“While Donald Trump is, perhaps, behind at the average, he is about where Hillary Clinton was four years ago. So, I can see the same thing,” Norpoth told Lou Dobbs.

“And if the polls haven’t really learned anything or done anything better this time than last time, I don’t see that they would be right and I would be wrong,” he declared. Video Below