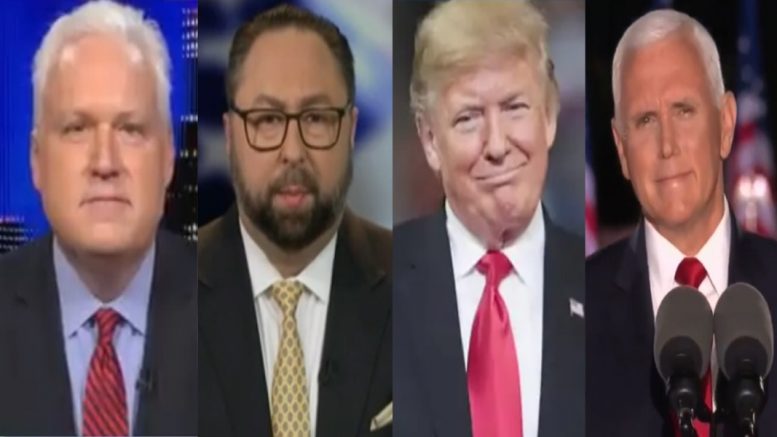 Former President Donald Trump told friends he would not appear at the Conservative Political Action Conference in Florida if Mike Pence, his always-loyal vice president, was also on the bill, according to people familiar with his conversations, Rob Crilly, White House Correspondent for the Washington Examiner claimed on Monday.

As reported by Rob Crilly of The Washington Examiner:

Details have emerged as Trump prepares to make his return to the limelight over the weekend with a speech expected to lay out his vision for the future of the Republican Party and include a forceful critique of President Biden’s immigration policies. The strategy is to keep the 45th commander in chief ahead of others mulling a run for the party’s presidential nomination.

The result is growing speculation that he will use his first public appearance since leaving the White House to demonstrate that he retains a firm grip on the party he seized in 2016 and has the poll position for a return to power in 2024.

While some supporters have urged him to use the biggest conservative platform of the year to announce a run, according to a source familiar with discussions, Trump is more interested in making sure potential rivals remain in his shadow while keeping his options open. Continued Below

And he remains furious with Pence for refusing to try to block the certification of Biden’s Electoral College victory.

“As far as Trump is concerned, there is no way back for Pence,” a source close to the president said. The source added that Trump did not want to share a stage with his former deputy.

Another source said it was unclear if Trump intended to follow through or was just making an idle threat. And a spokesman for Trump said no such demand was ever made. Continued Below

Trump advisor Jason Miller responded to the Washington Examiner’s report on Monday, writing, “This story is patently false, and these ‘anonymously sourced’ attacks designed to create division are why people distrust the media.”

Matt Schlapp also reacted, saying, “Mercy and I just talked to @Mike_Pence tonight and he was relaying very warm stories of how kind the President was to him during their final time in the WH and how they have been keeping in touch on the phone. #FakeFeud”