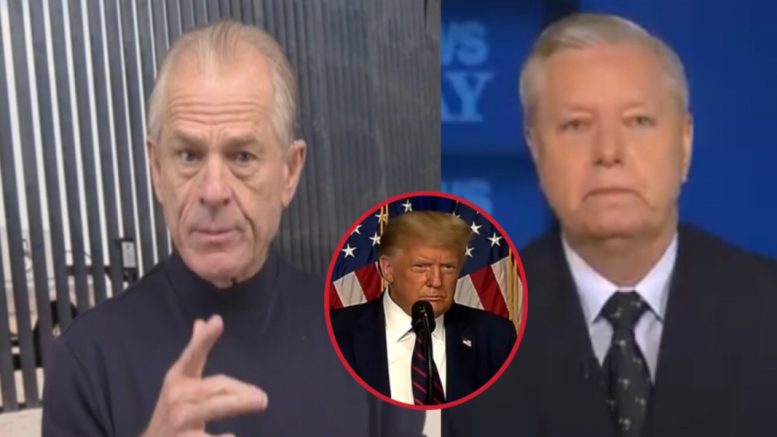 According to three people familiar with the planning, former President Donald Trump will soon begin vetting candidates at Mar-a-Lago who are eager to fulfill his promise to exact vengeance upon incumbent Republicans who’ve scorned him, and to ensure every open GOP seat in the 2022 midterms has a MAGA-approved contender vying for it, Politico reported.

Trump already has received dozens of requests from prospective candidates seeking to introduce themselves and nab his endorsement, and formal meetings with them could begin as early as March, per Politico.

As reported by Politico:

“We are in the process of putting together a more formal schedule for candidates who want to come get his endorsement,” said senior Trump adviser Jason Miller, noting that Trump’s meetings so far have been limited to golf friends, Mar-a-Lago members and “folks with the ability to contact him themselves.”

The planning for Trump’s coming revenge tour comes as other top Republicans try to cajole him into working with the party’s apparatus ahead of next year’s midterm elections, rather than recruiting rival candidates whose bids could complicate primaries and cost the GOP critical seats. Sen. Lindsey Graham (R-S.C.) is expected to meet with Trump over the weekend to discuss his upcoming plans, including the former president’s desire to push for voter reforms at a time when the topic of election integrity has created a major split among elected Republicans.

“I’m more worried about 2022 than I’ve ever been. I don’t want to eat our own,” Graham told Fox News on the heels of a blistering statement Trump released this week accusing Senate Minority Leader Mitch McConnell (R-Ky.) of jeopardizing GOP candidates with his “lack of political insight, wisdom, skill, and personality.” Continued Below

“Look, 2022 is near certainty that we’ll take back the House of Representatives, but if we do it with candidates that are kind of in the McConnell-McCarthy mode, that’s really not gonna advance the MAGA– Trump agenda,” Navarro said.

“What the president is getting ready to do, I think, is essential. It’s not just that we have to win that chamber back from the Pelosi-ites, we’ve gotta have a chamber that basically reflects MAGA values. Kevin McCarthy has to go, love to see Jim Jordan as the majority leader in 2022,” he expressed. Video Below

Navarro said that he read Politico’s article, adding that it is “really good the president is gonna have a strategy on this”, noting, “But Lindsey Graham is a problem at this point for me.”

“Lindsey Graham is DACA. Lindsey Graham [was] the chairman of the Judiciary Committee– [who] spent four years promising to prosecute people like [James] Comey, [John] Brennan, [James] Clapper, [Lisa] Page, [Peter] Strzok. He never did it; I don’t understand why. Lindsey Graham is the guy who advised the president not to present an affirmative defense that the fact the election was stolen from him,” Navarro claimed.

“And the fact that he flits around and still is in the Trump orbit, I think that’s a big problem, because there’s not a single piece of advice Lindsey Graham has ever given the president that I’ve ever agreed with. He’s just poison,” he added.