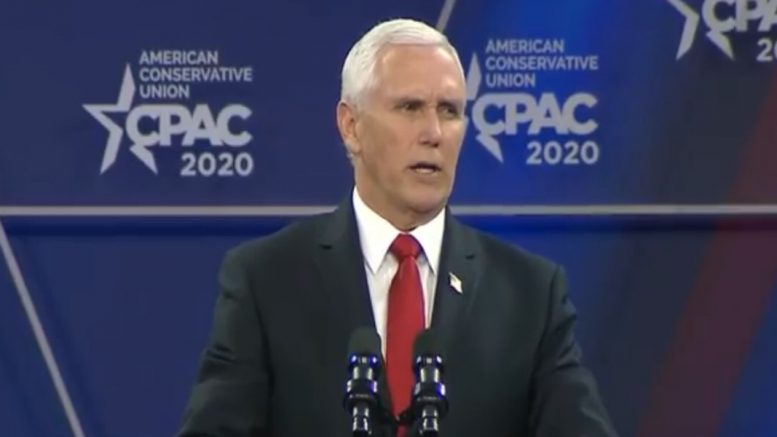 Former Vice President Mike Pence declined an invitation to speak at the Conservative Political Action Conference’s (CPAC), which takes place next week, according to Breitbart.

Former President Donald Trump, however, will be making his first post-presidential appearance at the conservative event in Orlando, Florida on on February 28th, as previously reported by The Freedom Times.

Members of Pence’s team had said that Pence harbored some “bitterness” toward Trump after the Jan. 6 riot at the Capitol building.

“Fox News Sunday” host Chris Wallace reported earlier this month that according to Pence’s aides, Trump’s failure to call off the mob and ensure the safety of his loyal second-in-command represented the “ultimate betrayal.”

During an interview on Newsmax Saturday, Senior Trump advisor Jason Miller indicated “what you are going to hear” during the 45th President’s CPAC speech.

“I think what you’re going to hear President Trump talk about next Sunday on the 28th, is the future of the Republican Party,” Miller said.

In a statement last weekend, the 45th President said, “Our historic, patriotic and beautiful movement to Make America Great Again (MAGA) has only just begun. In the months ahead I have much to share with you, and I look forward to continuing our incredible journey together to achieve American greatness for all of our people. There has never been anything like it!”

‘Biden Knew All About This’: Trump on FBI Raiding his Mar-a-Lago Home on Monday