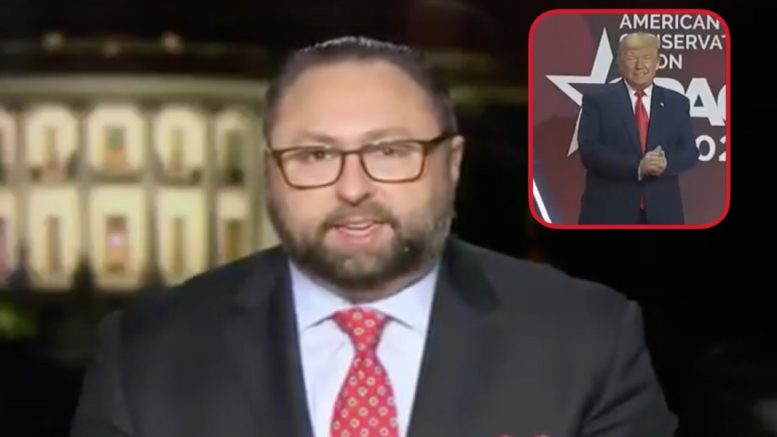 During an interview on Newsmax Saturday, Senior Trump advisor Jason Miller indicated “what you are going to hear” during the 45th President’s CPAC Speech.

“I think what you’re going to hear President Trump talk about next Sunday on the 28th, is the future of the Republican Party,” Miller said.

“And there is a number of lessons we learned in 2020 where we saw President Trump bring a record amount of African American voters, Latino American voters on the GOP side, bigger numbers than we’ve seen in modern presidential history. We have to keep these voters engaged in the party. … The voting coalitions have come together to get Republicans across the finish line,” he said.

“Keep in mind, for 2020, it was only 44,000 votes in three states: Arizona, Georgia, and Wisconsin that separated President Trump from being reelected. So not only will we hear President Trump talk about what we have to do to win in the midterms and in 2024, he’s gonna talk about that ‘America First’ populism,” Miller explained. “The Republican Party, it’s a different Republican Party than in 2000 or even in 1980.” Video Below