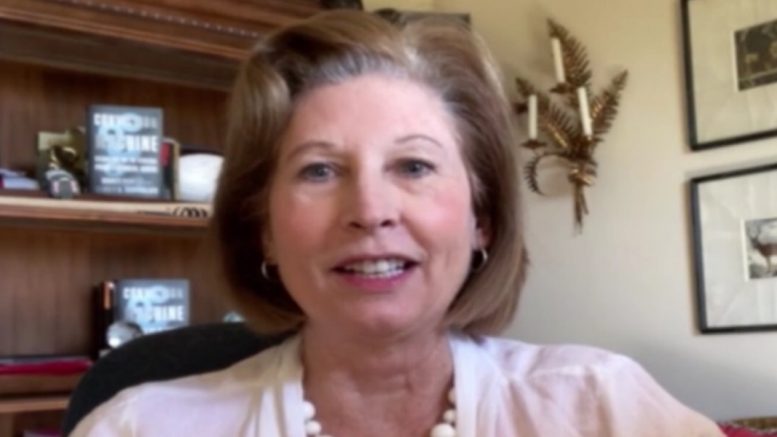 Last month, Sidney Powell’s attorneys defended her in a court filing against a billion-dollar defamation lawsuit from Dominion Voting Systems, requesting that the lawsuit against Powell be dismissed or moved to Texas federal court.

Following the filing, some leftwing news sources, cited a small portion of the court filing, which argues in part, “No reasonable person would conclude that the statements were truly statements of fact”.

“Plaintiffs themselves characterize the statements at issue as ‘wild accusations’ and ‘outlandish claims,'” Powell’s lawyers wrote. “They are repeatedly labeled ‘inherently improbable’ and even ‘impossible.’ Such characterizations of the allegedly defamatory statements further support defendant’s position that reasonable people would not accept such statements as fact but view them only as claims that await testing by the courts through the adversary process.”

Responding to criticism over how some in the media characterized what was written in the filing, Sidney Powell said in a statement on Telegram, “The #FakeNews is lying to everyone about our filings in the Dominion case. My position has not changed. We will be taking them to the mat.”

During an interview Saturday with Dinesh D’Souza, Powell also answered claims over whether she is backtracking from her election fraud allegations. “Oh, no. I am not backtracking a bit. What they are misquoting from and taking out of context is a statement from a new decision out of D.C. circuit that is binding in my case. And it’s not what I said at all,” Powell said.

“I firmly believe everything that I said was true. It was based on thousands of pages of affidavits, expert reports, mathematical analysis that cannot be challenged, statistically work that cannot be challenged. I mean, the data does not lie. And there was, in fact, massive, widespread fraud through this election, and Donald Trump should be president right now. If the law were applied correctly, he is,” she asserted. Continued Below

“I’m not backing up one inch. Everything I said about Dominion, I had a factual basis for. Any reasonable person looking at the evidence I’ve seen, would have to come to the same conclusion, and I would encourage people to go to my website: SidneyPowell.com and look at that evidence themselves,” Powell said.

Asked if there is enough fraud that would make the outcome different regarding the November 2020 election, Ms. Powell replied, “Yes. We have done the math and more math is coming. For example, in Georgia the vote difference was only approximately 11,000 votes. Georgia itself, just admitted that 400,000 ballots cannot properly be accounted for. 400,000 ballots.”

“They not only ran an algorithm in the machine to shave votes, which their own manual admits they can do– so they weighed Biden votes that say 1.26, and they weighed Trump votes at 0.74. So a Trump vote only counted like three-quarters, and a Biden voted counted one and a quarter. That ran standard across the country as best we can tell from the evidence we’re collecting,” she stated. Video Below

“And then there was specific flipping of votes in any number of key states and cities. In fact, if you think about it, they really only had to take over 6 key cities, all which happen to be Democratic strongholds to flip this election for Biden. And we’re gathering more evidence everyday of how the votes were flipped and where and how many,” Powell said.

Ms. Powell also believes that some officials in states “knew exactly” what the voting machines “could do” prior to elections. “It would take a federal criminal investigation, which should of been happening the day after the election to figure that out,” she said.

Asked why her evidence wasn’t heard, Powell said, “I couldn’t be more concerned and disappointed in our federal judicial system and the Department of Justice itself, even in the Trump administration for it’s refusal to look at these issues.”

(Related: Sidney Powell Explains What Could Happen If She Prevails In Some Of Her New Legal Challenges)