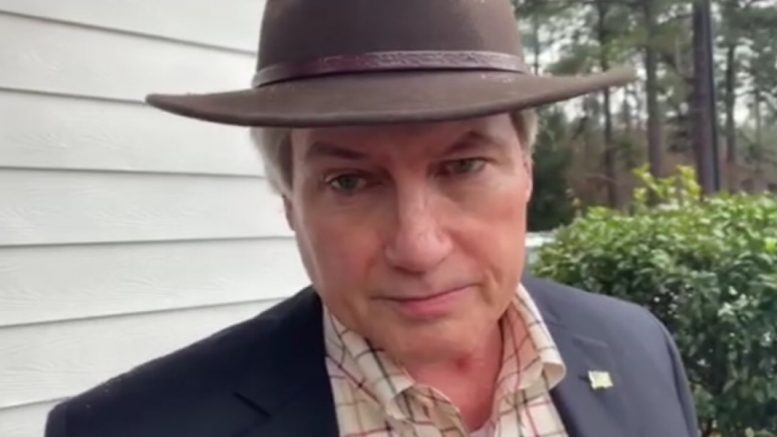 Attorney Lin Wood released a few video clips on Telegram Sunday, where he gave some comments over a “whistleblower[‘s]” accusations, which he claims to have turned over to the Secret Service.

(*If the video does not load, please try to refresh the page, or download the Telegram app.)

“Some thoughts on Isaac Kappy password and the fake Joey ‘Bribes’ Biden ‘Presidency’ to follow below,” he continued.

“I believe the United States military knows exactly what happened in this case,” Wood said regarding the November 2020 election. “I don’t think they fooled anybody. I think there was a reason President Trump executed the Executive Order [in] September of [2018], to deal with foreign interference in our national election.” Continued Below

“Now, nobody’s told me that, as a matter of fact. I connect some dots and I try to use the common sense that God gave me. And what you see in this country right now doesn’t make sense,” Mr. Wood stated. “So you try to make sense out of it, and you believe that the United States military, sworn to defend the Constution and protect the people. They’re doing’ their jobs. Trust them. Have faith. Don’t lose hope, okay?”

(*If the video does not load, please try to refresh the page, or download the Telegram app.)

“My reaction to the reality that many are losing hope. Don’t!” Mr. Wood expressed.

(Related: Lin Wood Issues A Statement After Agreeing To Be Sidney Powell’s Lead Counsel Against Dominion)

AZ Sen. Rogers: ‘You Don’t Have to Have 100% Proof or Smoking Gun to Decertify… to Say What You Handed in Was Inaccurate’

Trump Criticizes The GA Election Bill As Being ‘Watered Down’, Suggests ‘Further’ Reforms Are Needed