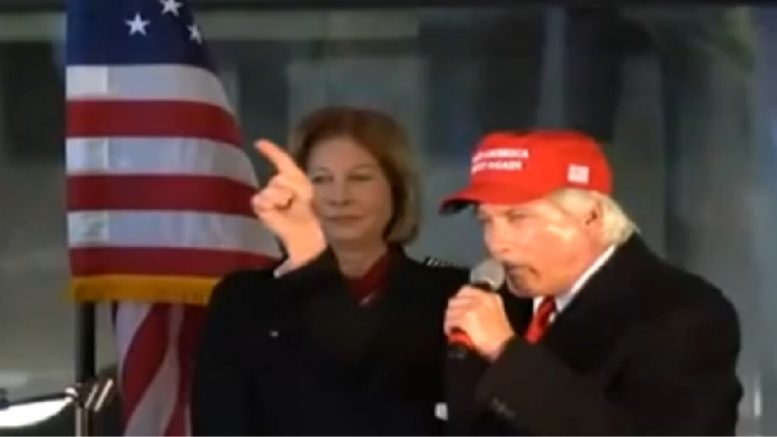 Attorney Lin Wood issued a statement Friday on Telegram, announcing that he has agreed to be Sidney Powell’s lead counsel following a $1.3 billion defamation lawsuit brought by Dominion Voting Systems.

This comes after Dominion last month, filed a defamation lawsuit against Powell for claiming that the voting machine company rigged the 2020 presidential election for Joe Biden by manipulating votes, as previously reported by The Freedom Times.

In a statement regarding Dominion Voting Systems and Sidney Powell, Lin Wood wrote:

I love Sidney Powell. I admired her brilliance, skills, and tenacity from a distance as I watched her fight a corrupt system to achieve justice for a great American, Lt. General Mike Flynn.

Last night, I was honored when Sidney Powell called me and asked me to serve as lead counsel for her in defending the frivolous defamation lawsuit filed against her by Dominion. Continued Below

I quickly accepted. Get ready to rumble, Dominion. You made a mistake suing Sidney. You are going to pay a heavy price.

Sidney and I will not be intimidated. We will not go quietly in the night.

Hey Dominion, I will see you and your employees and officers soon as truth is pursued and established. I will see you across the table where you will be subjected to a thorough and sifting cross-examination under oath. I know how to deal with legal bullies like you. Check my record. Continued Below

Sidney Powell last month, reacted to Dominion’s defamation lawsuit against her, stating on Twitter before she was suspended, that the suit against her is “baseless and filed to harass, intimate, and drain our resources”.

“Dominion’s suit against me and DefendingTheRepublic.org is baseless & filed to harass, intimidate, and to drain our resources as we seek the truth of Dominion Voting Systems’ role in this fraudulent election. We will not be cowed in exercising our 1st Amendment rights or seeking truth,” Powell stated. Continued Below