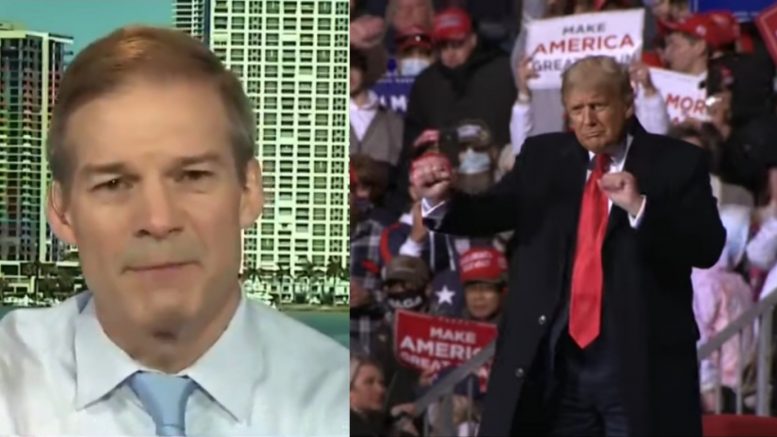 Former President Donald Trump was not the only winner when the Senate voted to acquit him in the impeachment trial on Saturday — but so were the 74 million Americans who voted for him as well as the U.S. Consition, according to Congressman Jim Jordan.

“This is a great day for the country,” Jordan told Fox News host Maria Bartiromo on Sunday’s airing of Sunday Morning Futures.

Related Article: Gorka: 74 Million Americans Are Very Excited For The Speech Trump Is Going To Give Next

Then after laying out how Democrats unsuccessfully tried to impeach Trump by trampling on his First Amendment right to free speech, Jordan declared, “It was a good day for the Constitution and a good day for President Trump and the 74 million people who support him.” Video Below