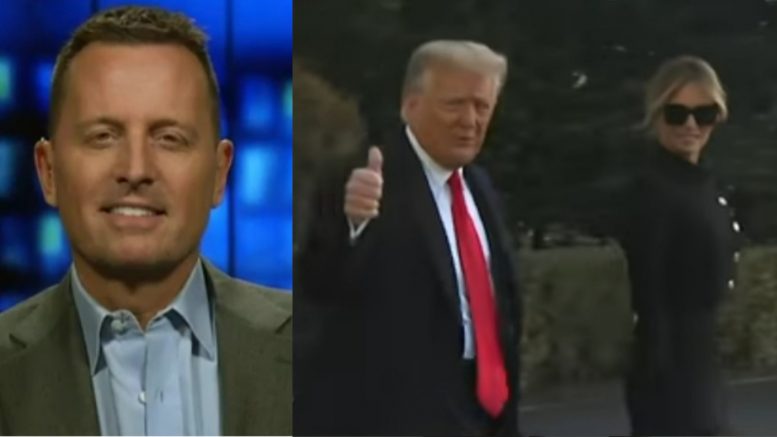 President Donald Trump apparently told former acting Director of National Intelligence Ric Grenell that he is interested in running in the 2024 election.

Grenell made mention of Trump’s intentions while appearing for an interview on Newsmax.

“Donald Trump is the head of the Republican Party still, let’s make no mistake about that,” Grenell told “The Count” on Saturday. “He’s still the most popular politician. And he’s going to decide what to do.”

“He has told me personally, a number of times, he does want to run again,” he added. “We’ll see if that holds and how that comes about; I think we’ve got a long ways to go.”

“Clearly, Donald Trump is a Republican and should run again as a Republican,” Grenell said as he signaled that President Trump has no interest in forming a Patriot Party, shutting down rumors that suggest otherwise..

You can CLICK HERE to see video of Grenell’s full remarks on Newsmax TV.

Related Article: Diamond & Silk: “We’re Transitioning From Greatness To Darkness, From Strength To Weakness & From Truth To Phony”

President Trump has been mysterious on his intentions moving forward since being removed from Twitter, Facebook and other social media programs prior to leaving office.

However, as he sat down for dinner at Trump International Golf Club in Palm Beach on Friday, Trump told The Washington Examiner, “We’ll do something, but not just yet.”