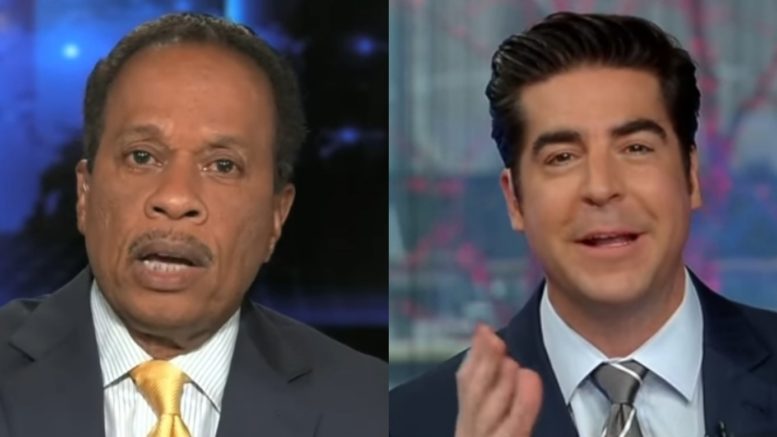 On Thursday’s airing of The Five, Juan Williams suggested President Trump is turning every coronavirus press briefing into a “political rally”, where he spreads a lot of “misinformation”.

The left-leaning host made the assessment to help explain why mainstream sources are considering shutting out Trump’s briefings from playing on the air. Jesse Watters, however, destroyed Juan’s notion when getting a turn to weigh in.

“The media worrying about misinformation is like the mafia worrying about crime. Look in the mirror,” Watters said to Juan. “CNN lied for two years. We should take them off the air, come on!”

“This is what they’re worried about,” he continued. “President Trump has turned the media into C-SPAN. That’s all they are now. They point a camera and they take live press conferences. And they can’t add their analysts and their pundits and reporters to spin it, slice and dice, and edit it, and put a little special sauce and serve it to the public.”

“They get stuff raw now and the American people are in the mood for raw material, and they don’t want anymore spin,” Watters asserted.

“The media thinks they’re smarter than the president, and they have to point out every little time that they think they’re smarter and they got him. But that’s not true because the American public trusts the president more than they trust the media. They like him more and it’s because he’s more compelling, he’s more honest and he’s more straight-forward,” he added. Video Below

“And that’s the truth because when he goes up there, you’re not only getting real face-to-face reality,” Watters said. “You’re getting a man that’s pretty entertaining and that can speak in solid gold sound bites that every single American can understand.”

“If you want to fact-check him Juan, fact-check him afterwards when you have your thirteen little boxes on the screen, like we do now,” Jesse concluded. “Fact-check him all day long. Don’t cut him off in the middle of a press conference.” Video Below

Related Article: Trump Trolls Mike Bloomberg When Taking A Question From One Of His News Company’s Reporters: “How Is Michael Doing? Good?”