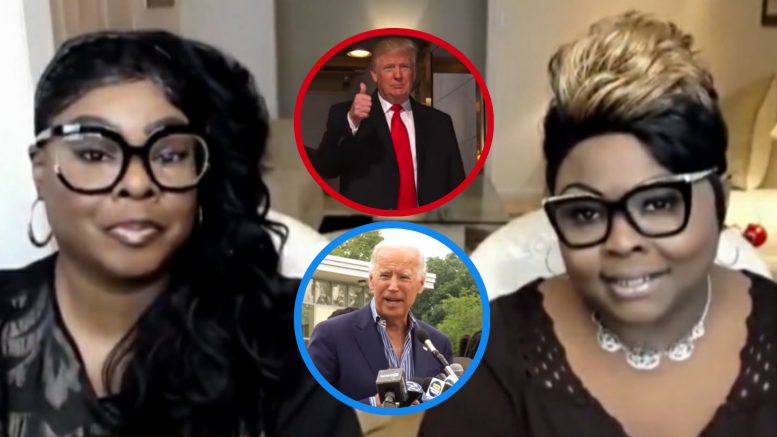 Political commentators Diamond and Silk took a moment to voice their gratitude for all that President Donald Trump has been able to accomplish in his four years in office.

After laying out several of Trump’s core acheivements, the duo warned that America is now transitioning from a period of “greatness to darkeness” with Joe Biden in the White House.

Silk began by saying, “We are absolutely grateful for our President, President Donald J. Trump, for the way he built this country to greatness, the way he represented strength, the way he wasn’t scared to go toe-to-toe against the status quo, and most of all for the way he exposed the swamp, including the rats that’s been clogging the pipe.”

Diamond chimed in: “And the one thing that’s clear…they will never be able to erase his legacy: millions of jobs created, middle class income went up, record low unemployment, millions off of food stamps, historic tax reforms, rebuilding of our military, removing all of this deregulation where people can thrive and so much more.”

“Now, it looks like we’re transitioning from greatness to darkness, from strength to weakness and from truth to phony cause something ain’t right about none of this. It seems like that the dark days are upon us and everything we’re starting to see is dark,” she added.

Silk then capped things off: “And when I look at the cloud of darkness that entered the White House I see weakness, I see frailed, I see no energy and it makes me want to know, like, ‘How is this country going to be led whenever you have weak leadership?” Video Below

.@DiamondandSilk say "they will never be able to erase Trump's legacy: millions of jobs created, record low unemployment. Now, it looks like we are transitioning from greatness to darkness." https://t.co/VlT7z8drtO pic.twitter.com/QziEKCSbwi