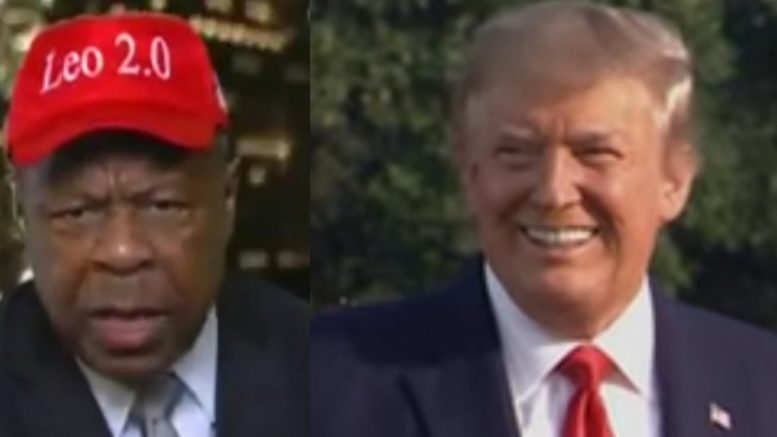 Mr. Terrell, who voted Republican for the first time in his life in the 2020 election, posted a tweet where he cited his success as a trial lawyer and openly gave President Trump the option to utilize his services free of charge in his battle to ensure that only legal votes are counted, specifically in states where Joe Biden holds a razor-thin lead.

“Mr. President. I am one of the best trial lawyers in the Country. I offer my legal services. I will charge you zero dollars,” Terrell tweeted.

Mr. President. I am one of the best trial lawyers in the Country. I offer my legal services. I will charge you zero dollars. #TrumpForever @realDonaldTrump @EricTrump @FoxNews @newsmax @FoxBusiness @PARISDENNARD @seanhannity @seanspicer @KatrinaPierson @HerschelWalker

Leo then followed up with an appearance on Hannity, where he urged those on the left to “cancel” him for his unwavering support for the President, and his willingness to fight for him.

“Cancel me!” Terrell exclaimed. “I’m a lawyer. I’ve offered to work for the President for free, so cancel me because he is the reason why I voted Republican. I will do whatever this man asks so he can pursue every legal right that he has.”

He then vowed to go to Georgia in January to help secure the two high-stakes Senate run-off elections that are set to take place, where Republicans hope to retain control of the Senate.

“I’m going to Georgia because I’m afraid of the Democrats and Chuck Schumer taking over this country’s Senate,” Leo said. “What we have to worry about is these Democrats — the same ones who complained in 2016, the same ones who would not give this man a break, the President for four years — are crying right now because he’s exercising his right.” Video Below

Leo Terrell: I Want Democrats to Cancel Me! Will Represent President Trump For Free! –
Do it @TheLeoTerrell! We want to see go to battle for @realDonaldTrump! #FightBackForAmerica #ForeverTrump pic.twitter.com/2tpcNi95rg

Sen. Graham Responds To AOC’s Criticism Of Those Using The Word ‘Surge’: “Stop The Madness”