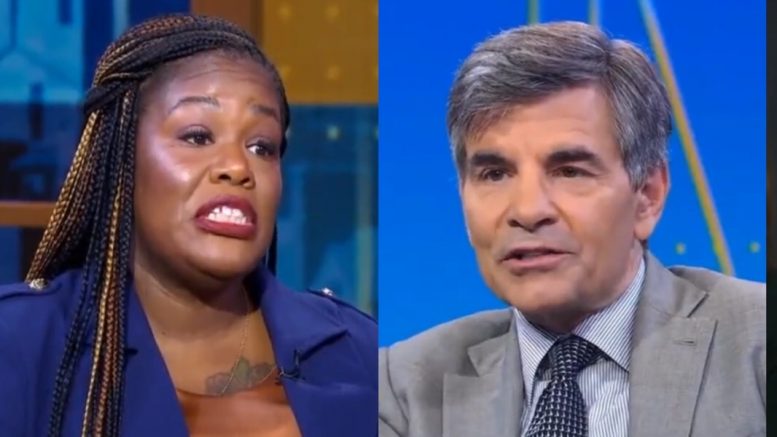 Cori Bush appears to still be defending the movement to “defund the police”, telling ABC’s “Good Morning America” host George Stephanopoulos, “We can’t get caught up on the words”.

“You’ve stuck by it, and you’re one of the few Democrats who say, ‘Let’s defund the police’. Are you worried at all that could hurt some of your colleagues going into the midterm elections?” Stephanopoulos asked the Missouri Democratic congresswoman.

“The thing about ‘defund the police’ is we have to tell the entire narrative. People hear ‘defund the police’, but you know what they’ll say? Say, ‘reallocate’, say, ‘divest’, say, ‘move’, but it’s still the same thing. We can’t get caught up on the words,” Bush admitted about the Democrats’ talking points.

“People spend more time focusing on the word ‘defund’ than they spend on caring and addressing the problem of police violence in this country,” the Missouri congresswoman claimed.

Last year, Rep. Bush told CBS News that police officers “need” to be defunded, despite making sure she has her own private security. “I’m gonna make sure I have security, because I know I have had attempts on my life, and I have too much work to do. There’s too many people that need help right now for me to allow that,” Bush said.

“So if I end up spending $200,000, if I spend 10 more dollars on it — you know what? I get to be here to do the work. So suck it up. And defunding the police has to happen. We need to defund the police and put that money into social safety nets,” she added.

"Are you worried at all that [your push to "Defund the Police"] could hurt some of your colleagues going into the midterm elections?"

Democrat Rep. Cori Bush: "We can't get caught up on the words" pic.twitter.com/Yfnxd1g0Ea

Cori Bush: I’m going to make sure I have private security but defunding the police needs to happen. pic.twitter.com/6jbv4HLlGs

Related: Susan Rice: “I’m For Reimagining The Role Of Police, Reallocation Of Resources”

Judge Jeanine Slams VP Harris Over Her Silence On Cuomo Allegations: “A fraud, A Phony, A Woman Without A Moral Core”