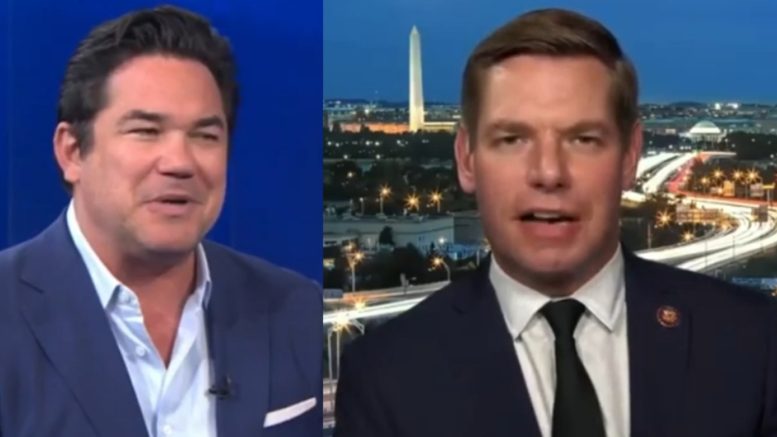 On Friday, Democrat Congressman Eric Swalwell sent an SOS to the public in wake of the Senate impeachment trial.

Swalwell launched out a tweet demanding some kind of damning piece of “evidence” that could be used against President Trump.

The plea from Swalwell came on the same day Democrat impeachment managers were making closing arguments in their case, which they have labeled as “overwhelming” against President Trump.

“If you have an audio recording or other evidence of @realDonaldTrump’s corruption, today would be a good day to share it,” Rep. Swalwell tweeted.

“There’s no need to protect him any longer. This is the last year he will be president,” he declared.

Dean Cain, Mark Dice and others bashed Swalwell’s “desperate” attempt to bring evidence forward against Trump after seeing his tweet.

“Wow. Desperate? Perhaps you should have asked this before you voted to impeach,” Dean Cain replied to Swalwell.

Wow. Desperate? Perhaps you should have asked this before you voted to impeach. #timing https://t.co/w5Yv7Z6On5

Mark Dice tweeted: “So, it’s the middle of his impeachment trial, and you’re begging people on Twitter to find some “evidence” that can be used to get rid of Trump? hahahahaha! #Fartwell.”

So, it's the middle of his impeachment trial, and you're begging people on Twitter to find some "evidence" that can be used to get rid of Trump? hahahahaha! #Fartwell https://t.co/HLKDlYnhNH

Related Article: Huckabee On Impeachment: Democrats ‘Had Nothing But Hot Air & Eric Swalwell Provided A Lot Of That’

In ending, here are some more responses to Swalwell’s request:

Adam Schiff ally Eric Swalwell begs people to release any videos or recordings they might have on Trump.

Let's just say that this isn't what confidence looks like. https://t.co/ws6RSnArIh

You know you have no real evidence of impeachable offenses when you’re asking the general public for help! 😂😂😂

If you have another audio recording or other evidence of Eric Swalwell farting like a yak eating fried mushrooms on live TV, today would be a good day to share. https://t.co/aiZENYU7iw

I have saved a copy of this attempt at election interference as evidence in your congressional expulsion @RepSwalwell pic.twitter.com/Ee89T7ApJF