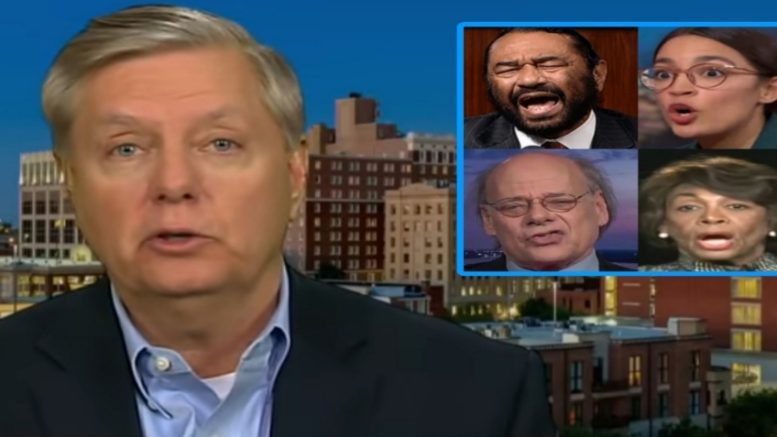 Lindsey Graham joined Sean Hannity to discuss fallout from the Mueller Report and what to expect moving forward, in what was his first interview since the report was released.

He began by stating, “The idea that the Mueller Report is not the final word on all things Trump, Russia collusion, obstruction is news to me. I thought we all trusted Mueller.”

Graham then declared, “There’s gonna be a stampede to impeach President Trump. They’re gonna use the Mueller Report, anything they can find to try to destroy his presidency.”

“Nancy Pelosi is not in charge of the Democratic Party. The Radical Left is in charge,” he continued. “So, I expect there will be impeachment proceedings against President Trump and the Mueller Report, to me, is vindication of President Trump.”

When asked what are the ramifications of following through with impeachment proceedings, Graham said it will ultimately lead to the re-election of President Trump. He said, “Well, I think they’ll get punished in 2020, and I think President Trump will get re-elected.” Video Below

“The verdict is in. There was no collusion. There is no obstruction of a crime that never occurred,” Graham said. “The whole obstruction thing was bizarre to me to begin with.”

He went on to say that despite Trump’s vindication from the Mueller Report, Democrats will still “stampede” to impeach Trump because they hate him so much.  And the media isn’t helping Trump any because they’re trying to destroy his presidency as well.

Graham concluded, “At the end of the day, we’re just gonna have to deal with this in 2020 at the ballot box.” Video Below