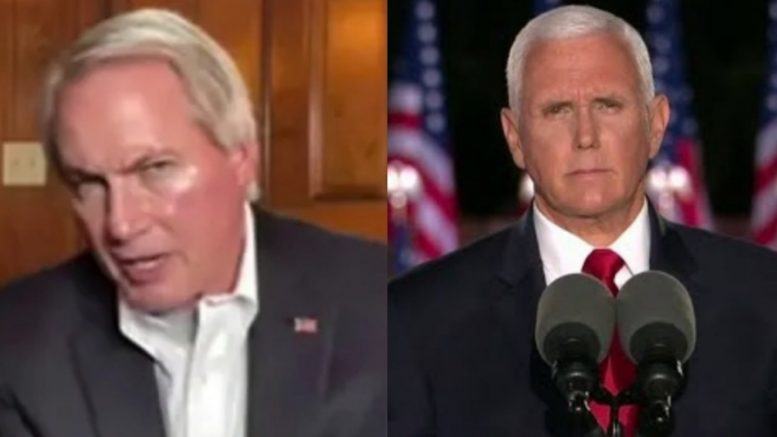 Attorney Lin Wood got blasted on social media after suggesting that Vice President Mike Pence should get arrested for treason and “face execution by firing squad.”

Wood made the remarks in response to Pence asking a judge to consider tossing Texas a court case that was filed against him by Congressman Louie Gohmert (R-TX) and other Republicans.

Goehmert’s lawsuit challenges the Electoral Count Act of 1887, which overrides the 12th Amendment of the Constitution that gives the Vice President discretion to determine which electoral votes to introduce to Congress. It is the hope of Goehmert and other Republicans that a court decision in their favor would empower Pence to make unilateral decisions in regards to determining the President-Elect at the joint session of Congress on January 6.

“It would be the Senate and the House of Representatives that are best positioned to defend the Act. Indeed, as a matter of logic, it is those bodies against whom plaintiffs’ requested relief must run,” the Pence filing says.

In response, Lin Wood tweeted: “Wow! Mike Pence @VP @Mike_Pence announces on New Year’s Eve that he no longer plans to pursue career in politics! Guess all those who said he is an egomaniac wolf in sheep’s clothing focused on a run in 2024 were wrong. Good call, Mike. You are not fit to be President anyway.”

He went on to suggest that Pence should be arrested, along with Chief Justice John Roberts and Senate Majority Leader Mitch McConnell.

(3) These groups aspire to the goals of Communism. A ruling elite & an oppressed class of people who exist to serve those in power.

Wood then took it even a step further and said Vice President Pence should face execution:

“If Pence is arrested, @SecPompeo will save the election. Pence will be in jail awaiting trial for treason. He will face execution by firing squad. He is a coward & will sing like a bird & confess ALL,” Wood tweeted.

Mr. Wood immediately faced backlash over his remarks, including from Nicholas Sandmann, who he represented in defamation lawsuits against CNN, The Washington Post and others.

Sandmann replied, “I’m sorry but what the hell.”

I’m sorry but what the hell https://t.co/oDBEmA8pwX

He then followed up by saying, “Truthfully, this is a dumb tweet.”

No, the truth is. And truthfully, this is a dumb tweet

WOW. What the hell is going on with @LLinWood ? Maybe he’s been part of the election FRAUD all along? His LOONY TOON antics are so Over-The-Top it’s like he’s PRETENDING to be INSANE. WE should now ignore him —-UNLESS he has EPSTEIN evidence. MUST DROP NOW!

I’ve seen people “Snap” in WAR and even in PEACE. Maybe that happened to LIN. The pressure BUILT and he’s at the breaking point? His heart may be in the right place but his BRAIN is either TOTALLY FRIED. Or OWNED BY CHINA. Doesn’t matter. NOT OVER——JAN 6

In ending, here are some more responses to Lin Wood’s call for the arrest and execution of Vice President Pence:

What about this statement is supporting the rule of law, the Constitution, or the truth? pic.twitter.com/sACqdBCYzw