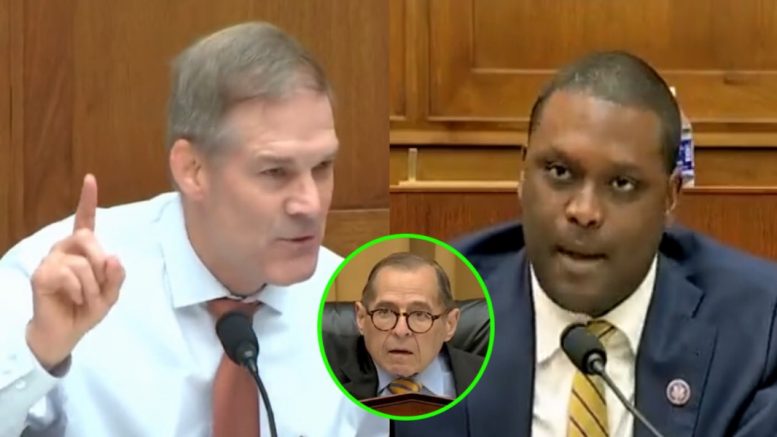 Rep. Mondaire Jones (D-NY) apparently believes that nothing should stand of the way of Democrat’s gun control measures, including going as far as abolishing the filibuster and packing the Supreme Court if their latest bill does not become law.

The bill, Protect Our Kids Act, introduced by Jones and committee chairman Jerrold Nadler (D-NY), would prohibit individuals under the age of 21 from purchasing several types of semi-automatic rifles, require gun owners to store weapons using gun safes or other devices and expand regulation of bump stocks.

“If the filibuster obstructs us, we will abolish it. If the Supreme Court objects, we will expand it. And we will not rest until we have taken weapons of war out of circulation in our communities,” he claimed.

“Enough of you blaming mental illness and then defunding mental health care in this country. Enough of your thoughts and prayers. Enough. Enough,” the New York congressman added. Video Below

"You will not stop us from passing [gun control]. If the filibuster obstructs us, we will abolish it. If the Supreme Court objects, we will expand. We will not rest until we've taken weapons of war out of our communities." pic.twitter.com/0x3t1aJXBn

Rep. Jim Jordan responded to the Democrats’ bill, suggesting that they want to “repeal the Second Amendment”.

“Now we know where they want to go,” Jordan said. “ … They’ve told us what they want to do. Their real beef is with the Second Amendment. Think about what this bill does. … It tells law-abiding citizens when you can get a gun, what kind of gun you can get, what kind of accessories you can get for your gun, and where and how you have to store it in your own darn home.”

Rep. Greene Gives a Detailed Account after Touring the ‘Patriot Wing’ of D.C. Jail Where J6 Inmates Are Being Held