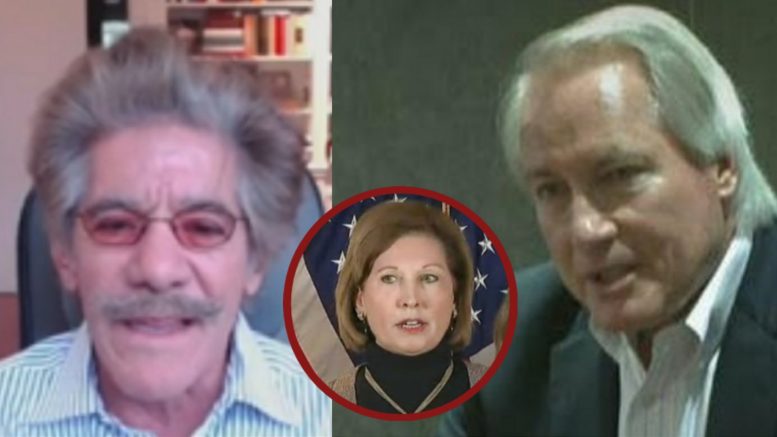 Attorney Sidney Powell got some ‘flak’ from Geraldo Rivera in connection to a tweet that she posted on Saturday.

In her tweet, Powell suggested that she is getting “Galileo treatment” over her claims that direct foreign interference and widespread fraud tainted the results of the 2020 election.

“Why Sidney Powell gets the Galileo treatment:

“We always get the most flak when directly over the target!
We are clearly there
Who has [won] their elections by cheating?
Who has “election insurance” for getting Dominion in their area?”

One Twitter user, by the name of Dr. Dave Janda, retweeted Powell with the following remarks:

Geraldo, who has been very negative about President Trump’s chances of overturning the election results, replied: “Sidney Powell is a pathetic lawyer who among others is working to destroy the legacy of @realDonaldTrump.”

Sidney Powell is a pathetic lawyer who among others is working to destroy the legacy of @realDonaldTrump https://t.co/MxkpuOUoCT

“Wow! I hope Sidney Powell is okay after being called a “pathetic lawyer” by @GeraldoRivera whose greatest professional accomplishment was the discovery of dirt & empty bottles in Al Capone’s vault,” Wood tweeted. “No one believes you, Geraldo. Sorry if TRUTH hurts.”

In his tweet, Mr. Wood is referring to the time that Geraldo hyped up a TV special where he had a team of workers crack open a concrete vault that was alleged to belong to mobster Al Capone. Once the vault was finally opened in front of a live international audience, all that could be found inside was a stop sign and a few empty gin bottles.

Geraldo has since described it as one of the most humiliating moments of his career.