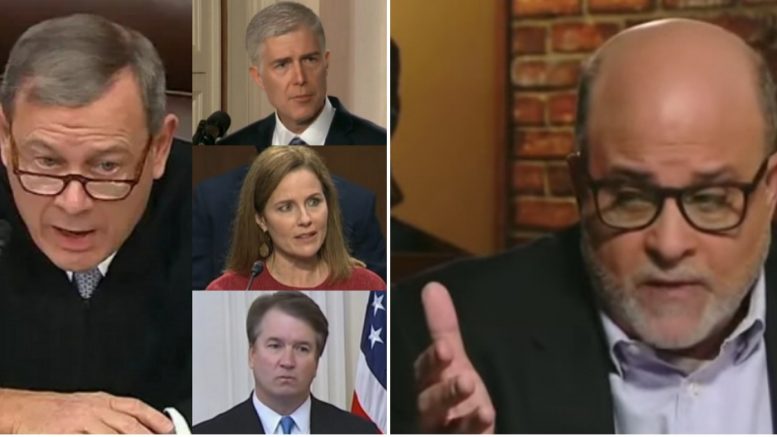 Political analyst Mark Levin thinks the Supreme Court may have just “ruined itself” in their refusal to hear the lawsuit filed by the state of Texas.

Texas’ case — which was backed by as many as 17 states, several Republican lawmakers and President Trump — sought to nullify the results in Georgia, Pennsylvania, Michigan and Wisconsin on grounds that changes in voting laws were unconstitutional. The lawsuit asked that each of the state’s legislatures decide how to allocate their combined 62 electoral votes.

In response, Mark Levin suggested that the Court ‘s order indicates that they are only trying to “duck” at hearing the high-profile case and not doing so could lead to bigger implications, such as “court packing” if Joe Biden does go on to become President and Democrats regain control of the Senate.

“The irony of the Supreme Court’s latest duck is that, in the end, it may have ruined itself — that is, if the Democrats take both Senate seats in Georgia, and Biden is sworn in as [president],” Levin wrote.

“Schumer has made clear his intent to destroy the Court as an independent institution.  Consequently, the Court’s unwillingness to even hear significant challenges will boomerang,” he added.

2. Schumer has made clear his intent to destroy the Court as an independent institution.  Consequently, the Court's unwillingness to even hear significant challenges will boomerang.

In response to the Supreme Court tossing the Texas lawsuit, President Trump’s senior legal advisor Jenna Ellis called it a “moral failure across all three branches of government.”

We leave you with her full reaction:

TEXAS LAWSUIT TOSSED: @JennaEllisEsq tells @Stinchfield1776, "this is a moral failure across all three branches of government."