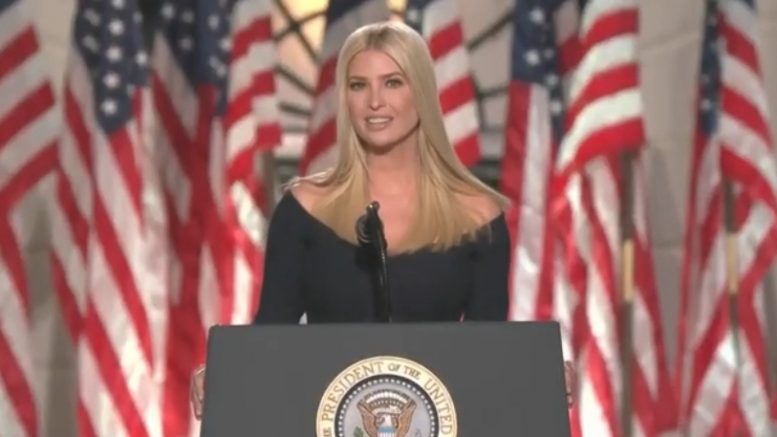 President Trump’s daughter, Ivanka Trump, released a farewell statement on Tuesday, where she expressed gratitude for the “incredible journey” that she has experienced over the last four years and encouraged Americans to  “find common ground” and to “pray for the success” of the next administration.

Ivanka — who also served as an advisor to her father — posted the message to social media just hours before President-elect Joe Biden is due to take the oath of office as the 46th President of the United States.

“It has been the honor of a lifetime to serve our nation as an Advisor to the President. I am so proud of what we have accomplished and excited for the future. I came to Washington to fight for American families and I leave feeling I’ve done that.

“I hope and believe that America can move forward in a positive way, acknowledge our differences and find common ground — that is how we will remain the greatest nation.

“The last four years have been an incredible journey. In traveling to nearly every American state and dozens of countries, I fell even more deeply in love with the American people.

“Thank you all for the love and support that you have shown me. I leave D.C. in awe of the compassion, grace and grit that exists across the nation. These great and strong people have reinforced my abiding faith in America.

“May God give wisdom, courage and strength to President-elect Joseph R. Biden, Dr. Jill Biden, Vice President Kamala D. Harris, Mr. Douglass Emhoff and all of the leaders, judges, officers and officials who devote themselves to service of the public. As Americans we must all pray for their success.

“God Bless you all and God bless the United States of America.” See Below