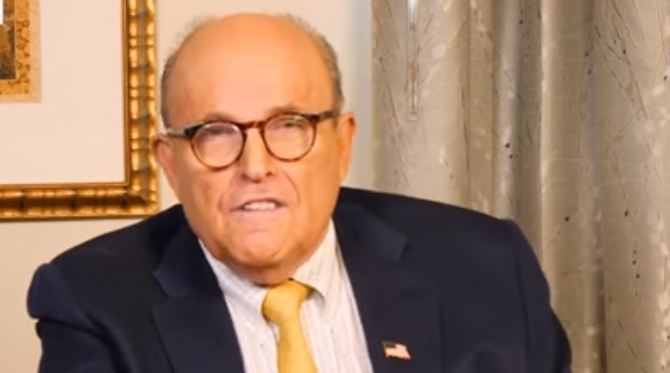 President Trump’s personal attorney Rudy Giuliani is remaining optimistic in wake of the U.S. Supreme Court rejecting a lawsuit brought by the state of Texas and backed by several states and Republican leaders, including the President himself.

Texas sought to sue Georgia, Pennsylvania, Wisconsin and Michigan over election-related irregularities and nullify the results on grounds that changes in voting laws were unconstitutional. The lawsuit asked that each of the state’s legislatures decide how to allocate their electors.

In response to the court’s decision, Rudy Giuliani told Grant Stinchfield of Newsmax that there is still a path forward for President Trump’s legal team based on why the Texas case was dismissed.

“The case wasn’t rejected on the merits. The case was rejected on standing,” Rudy said. “The answer to that is to bring the case now to the district court by the President — by some of the electors — alleging the same facts where there would be standing and, therefore, get a hearing.”

Giuliani went on to say that he believes the court made a “terrible, terrible mistake” as they are basically keeping the American people from seeing and hearing all facts associated with the case.

“These facts will remain an open sore in our history unless they get resolved. They need to be heard. They need to be aired,” Rudy asserted. “And somebody needs to make a decision about whether they are true of false. Some court is going to have to have the courage to make that decision.”

Rudy gave no indication that the legal battle is over and he ended the interview by vowing to fight on. “We’re not finished, believe me,” he concluded. Video Below

Trump Slams Barr in a Letter to NBC’s Holt: ‘Slow, Lethargic & I Realized Early on That he Never had What it Takes to Make a Great Attorney General’