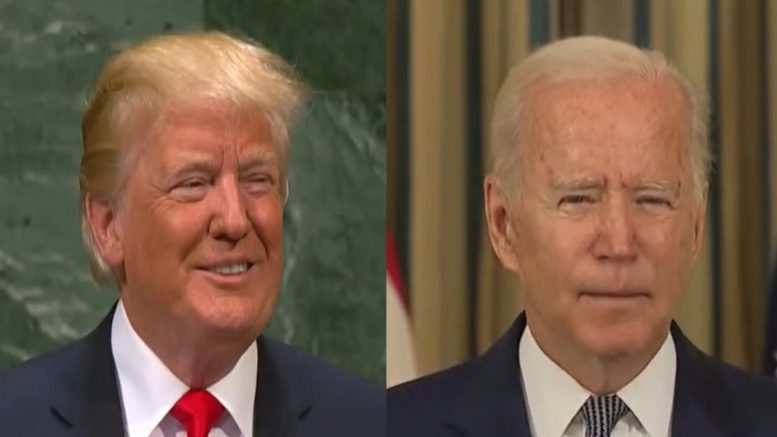 According to data released Friday by the Department of Labor, the U.S. economy added 235,000 jobs in August and the unemployment rate fell to 5.2%.

The number of unemployed people decreased to 8.4 million, according to the Bureau of Labor Statistics report. Economists projected 720,000 Americans — roughly three times the actual number — would be added to payrolls prior to Friday’s report, The Wall Street Journal reported.

78-year-old career politician Joe Biden, on Friday, blamed the surging COVID-19 cases nationwide for the dismal August jobs report during a prewritten speech at the White House. He also tried to take a dig at former President Donald J. Trump, which appeared to fall flat.

“We need to make more progress in fighting the delta variant of COVID-19. This is a continuing pandemic of the unvaccinated,” he alleged, without providing scientific data to back his claims or mentioning migrants coming across the border with COVID. “Too many have not gotten vaccinated, and it’s creating a lot of unease in our economy and around our kitchen tables.”

“Today’s report shows that the steps we’ve taken, passing the Rescue Plan and have vaccinated 175 million people, make our economy capable of growing jobs, even in the face of this continuing Delta surge — a strength in our economy different from the way things were last winter,” Biden said.

“There’s no question the Delta variant is why today’s job report isn’t stronger,” the Democrat claimed, reading off of a teleprompter. “I know people were looking and I was hoping for a higher number. But next week, I’ll lay out the next steps that are going to –we’re gonna need to combat the Delta variant to address some of those fears and concerns.” Continued Below

"Imagine if the other guy was here." pic.twitter.com/IpjH41WP46

Meanwhile, during the 2020 campaign, Biden had tweeted on August 18, 2020, “Donald Trump still doesn’t have a plan to get this virus under control. His failure to lead is costing American lives.”

Then, in his first few days in office, Biden said, “There’s nothing we can do to change the trajectory of the pandemic in the next several months.”

(Related: Gov. DeSantis To Biden: ‘I Don’t Want To Hear A Blip About Covid From You’ Until ‘You Get This Border Secure’)