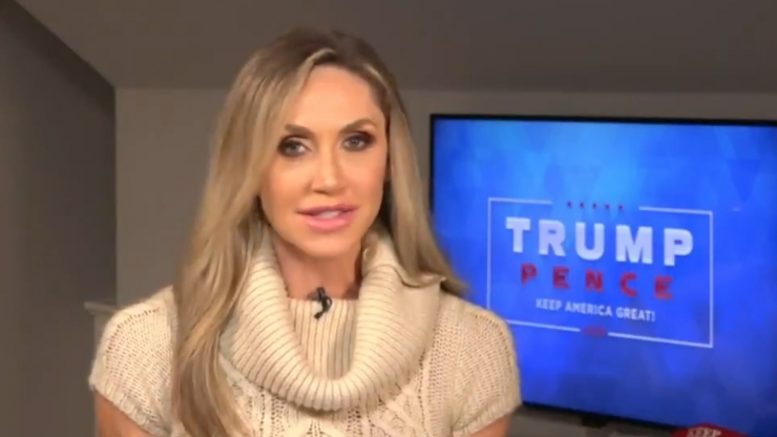 Lara Trump is now declaring that the “fight is just beginning” in wake of the Supreme Court’s decision to toss out a lawsuit filed by the state of Texas.

Texas’ case — which was backed by as many as 17 states, several Republican lawmakers and President Trump — sought to nullify the results in Georgia, Pennsylvania, Michigan and Wisconsin on grounds that changes in voting laws were unconstitutional. The lawsuit asked that each of the state’s legislatures decide how to allocate their combined 62 electoral votes.

Related Article: Mark Levin On The Supreme Court Rejecting Texas’ Lawsuit: “It May Have Ruined Itself”

In response to the high court’s decision, Lara Trump quoted Rudy Giuliani when she told Newsmax, “We are not done with this.”

“This wasn’t something we put forward from the campaign,” Lara Trump proclaimed. “Would it have been great to see the right thing happen here — to see the Constitution upheld and for us to get a ruling from the Supreme Court on this? Absolutely, but this fight is just beginning.”

“We have a lot of different avenues still ahead of us,” she declared. “It’s really unfortunate, I think, that we find ourselves here — that it was allowed 90 days before the presidential election to change the way in many states we vote, to do this universal vote-by-mail. We all [said] this would be a problem. Here we are now. We’re seeing the ramifications of it, and we’ve seen widespread fraud.”

Then after pointing out the thousands of affidavits alleging election-related fraud, Lara concluded, “We need to get this election right. I think we all understand this is not just about now. This isn’t just about Donald Trump and this election in 2020. This is about the future of our country. So, we have a lot of different avenues ahead of us, and this fight is far from over.” Video Below

.@LaraLeaTrump tells @CarlHigbie "we have a lot of different avenues still ahead of us…we need to get this election right." https://t.co/VlT7z8drtO pic.twitter.com/2LxH8H0s6S