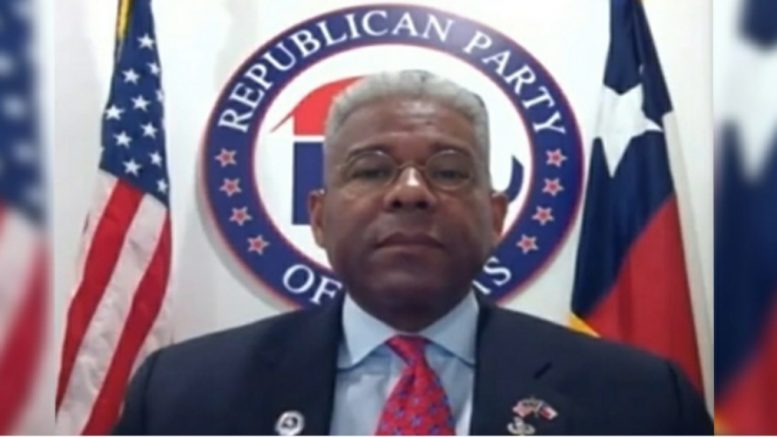 On Friday, Texas Republican Party Chairman Col. Allen West suggested that “law-abiding states should bond together and form a Union of states that will abide by the constitution.”

West floated the idea in a statement regarding the decision by the Supreme Court to dismiss Texas’ lawsuit that sought to sue Georgia, Pennsylvania, Wisconsin and Michigan over election-related irregularities.

Texas’ case — which was backed by as many as 17 states, several Republican lawmakers and President Trump — sought to nullify the results in the four states on grounds that changes in voting laws were unconstitutional. The lawsuit asked that each of the state’s legislatures decide how to allocate their combined 62 electoral votes.

In a statement posted to Texas’ GOP website, West wrote:

“The Supreme Court, in tossing the Texas lawsuit that was joined by seventeen states and 106 US congressman, has decreed that a state can take unconstitutional actions and violate its own election law. Resulting in damaging effects on other states that abide by the law, while the guilty state suffers no consequences. This decision establishes a precedent that says states can violate the US constitution and not be held accountable. This decision will have far-reaching ramifications for the future of our constitutional republic. Perhaps law-abiding states should bond together and form a Union of states that will abide by the constitution.”

“The Texas GOP will always stand for the Constitution and for the rule of law even while others don’t.”

Meanwhile, President Trump is showing no sign of conceding from the election in wake of the Supreme Court’s decision and has since vowed to “fight on.”

“So, you’re the President of the United States, and you just went through an election where you got more votes than any sitting President in history, by far – and purportedly lost. You can’t get ‘standing’ before the Supreme Court, so you ‘intervene’ with wonderful states that, after careful study and consideration, think you got ‘screwed’, something which will hurt them also. Many others likewise join the suit but, within a flash, it is thrown out and gone, without even looking at the many reasons it was brought. A Rigged Election, fight on!” See Below

In ending, here is a video clip of White House Press Secretary Kayleigh McEnany weighing in on the Supreme Court’s decision:

Kayleigh on Supreme Court: Yeah there’s no way to say it other than they dodged. They dodged. They hid behind procedure and they refused to use their authority to enforce the constitution. pic.twitter.com/VLi04yIrIC