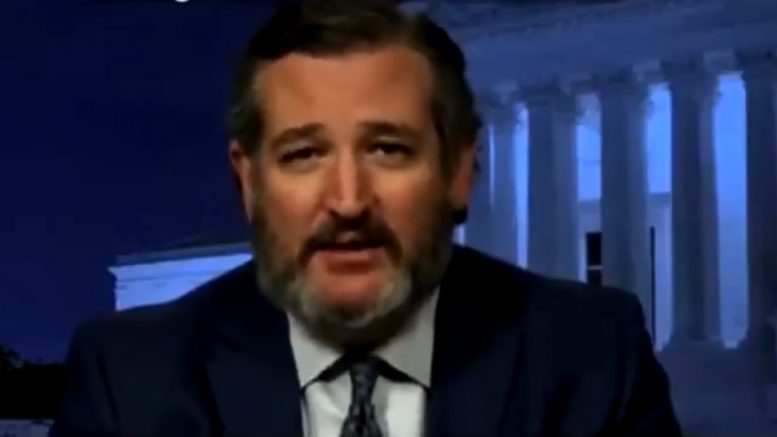 On Monday evening, Senator Ted Cruz confirmed with Fox News host Sean Hannity that he has agreed to present the oral argument in front of the Supreme Court if they took up an emergency appeal that challenges universal mail-in voting in Pennsylvania.

Congressman Mike Kelly and congressional candidate Sean Parnell have been in the process of challenging the year-old law of expansive mail-in voting as unconstitutional, which, if successful, could throw out an estimated 2.5 million votes that were cast using the method, or leave it up to the state legislature to decide how to allocate Pennsylvania’s 20 electors.

The application for injunctive relief was officially placed on the Supreme Court docket soon after it was filed. And Justice Samuel Alito, who oversees matters that arise from Pennsylvania’s court system, has given PA officials until Tuesday, December 8 to respond, which is one day after the federal “safe harbor date” of December 8.

Sen. Cruz revealed in a Monday morning thread on Twitter that he accepted an offer from the legal team in charge of the PA lawsuit to deliver the oral argument if the Supreme Court takes up the case.

Cruz provided the following explanation to Sean Hannity for why he’d “be happy” to assist with the legal effort:

“Particularly at a time when this country is so divided — when people are so angry — I think we need a sense of resolution and we need the Supreme Court to step in and ensure that we are following the Constitution and following the the law.”

“Right now, it’s not healthy for our democracy what we’re seeing. And in Pennsylvania, the problem was made worse because the Pennsylvania Supreme Court — is a partisan Democratic court — issued multiple decisions that were, just on their face, contrary to law. Now, that’s not how elections are supposed to work,” he concluded. Video Below

.@tedcruz says he will join President Trump’s legal team and argue the Pennsylvania case if it makes it to the Supreme Court. pic.twitter.com/K7EUQKDZXX

Sen. Cruz went on to say that a decision on whether or not the Supreme Court will take up the case could be decided as early as Tuesday.

In ending, here is a clip of Sen. Cruz explaining why he thinks the case will be heard by the high court:

.@tedcruz is hopeful the Supreme Court will step up and resolve the problem. pic.twitter.com/P28jkUssAE