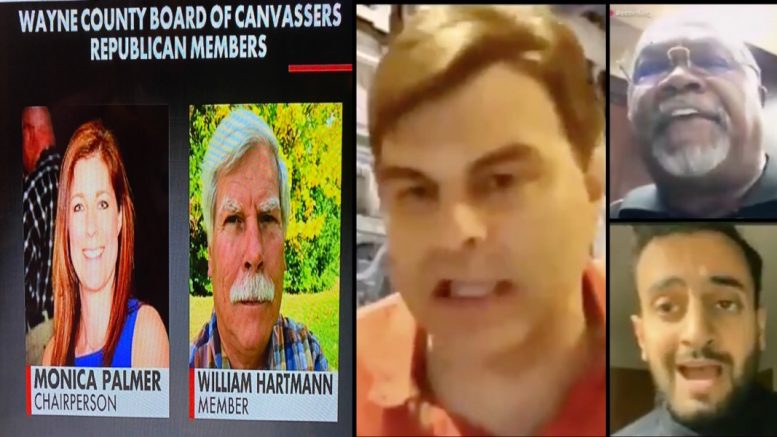 Following a brief deadlock in the county’s election certification process, the two Republican members on the election board faced threats and allegations of racism before they reportedly agreed to certify the ballots.

Wayne County Board of Canvasser Democrat Ned Staebler told the Republican board members that their “soul will be very, very warm” for refusing to certify votes.

“I just want you to know that the Trump stain, the stain of racism that you, William Hartman and Monica Palmer, have covered yourself in, is going to follow you throughout history. Your grandchildren are going to think like Bull Conner or George Wallace,” Staebler said.

“Monica Palmer and William Hartman will forever be known in southeastern Michigan as two racists who did something so unprecedented that they disenfranchised hundreds of thousands of Black voters in the city of Detroit because they were ordered to,” he claimed.

“But just know, when you try to sleep tonight, that millions of people around the world now on twitter know the name Monica Palmer and William Hartman as two people completely racist, and without understanding of what integrity means or a shred of human decency. The law isn’t on on your side, history won’t be on your side, your consequence won’t be on your side. And Lord knows, when you go to meet your maker, your soul is going to be very, very warm,” Staebler added. Video Below

VIDEO: Wayne County Board of Canvasser Dem @NedStaebler admits that only 72% ballots are “recount-able” but says votes need 2B certified because it was worse during the primary.

"I want you to think about what this means for your kids, who probably go to [redacted]"…

“You are a disgrace.” Rev Wendell Anthony says today’s decision dishonors veterans and all those who have been left out and miscounted for generations. @wxyzdetroit pic.twitter.com/MOmtW6NFjx

Meanwhile, Rep. Rashida Tlaib (D-MI) took to Twitter to blame the canvassers of putting “politics about their duty to our residents”, adding, “Suggesting that all of Wanye County can be certified, EXCEPT for Detroit, is horrifyingly racist and a subversion of our democracy”. 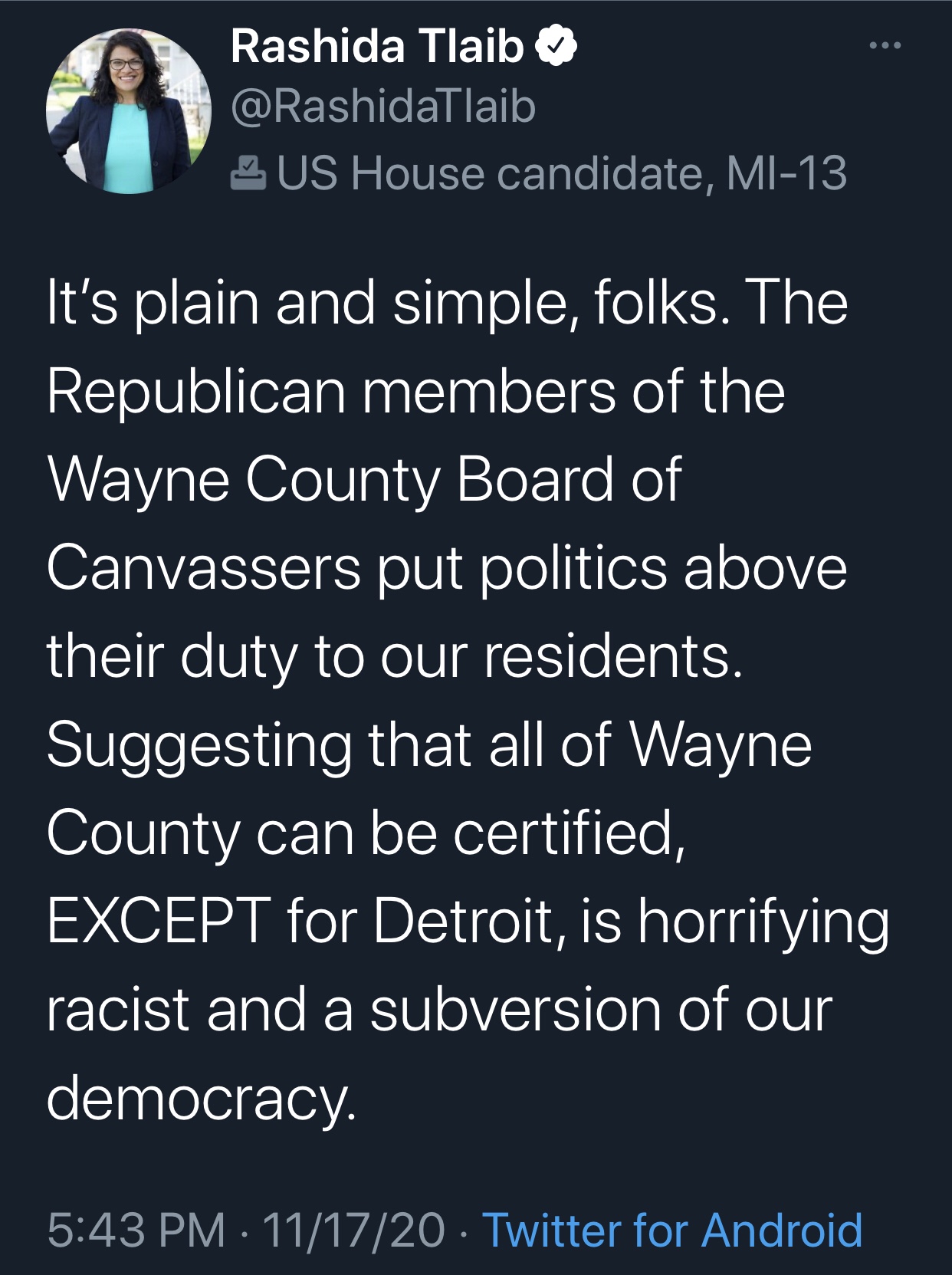 The Commander in Chief also weighed in on Wednesday morning in a series of tweets over what happened in Michigan:

45th President Trump On Rush Limbaugh’s Passing: “Patriot, A Defender Of Liberty & Someone Who Believed In All Of The Greatness Our Country Stands For”